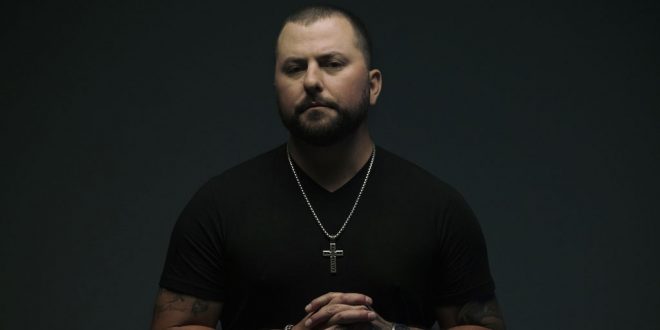 Tyler Farr, has released his latest track, “Cover Girl,”. The powerful song brings attention to the often under-reported and traumatizing issue of domestic violence which affects millions of Americans annually. Written by Farr, Blake Bollinger, and Ben Stennis, “Cover Girl,” takes a stand for anyone caught in an abusive situation and delivers a message of empowerment and hope to encourage those suffering any form abuse to find the strength to seek out help. (Listen above)

“Cover Girl” showcases Farr’s songwriting skills and his impressive gritty vocals bring home the sincerity and gravity of this all-too-common issue. His wish is that this song and its message reaches anyone who needs to hear it. Often times feelings of shame and defeat can keep us emotionally locked in situations, even when we recognize the danger. With this song, Farr aims to be a voice for those struggling with domestic violence, letting them know they are supported and they are not as alone as they may feel.

“I wrote down the title ‘Cover Girl’ about five years ago when I was in the Atlanta airport reading a magazine and saw an advertisement. Didn’t think anything of it, simply thought it was a cool idea for a song,” says Farr. “Me and a couple of buddies (Ben Stennis & Blake Bollinger) were writing in my garage on this particular day and started playing around with ideas that might fit that title. Once we got going the lyrics just came pouring out and we ended up with something bigger than expected. Unfortunately, this happens to a lot of people or folks may know someone in this situation and not everyone knows how to talk about it. That’s what I hope this song does – helps someone through whatever it is they are going through. Not all scars are physical ones and we don’t always know what’s happening in someone else’s life. Maybe this song can be some comfort and help.”

In addition to the release of “Cover Girl” on all digital streaming platforms, Farr is also releasing the cinematically shot concept video for the track today. The high-contrast narrative beautifully illustrates the internal struggle of a woman desperate to escape her volatile circumstance while trying to push past her own doubts and fears.

Music editor for Nashville.com. Jerry Holthouse is a content writer, songwriter and a graphic designer. He owns and runs Holthouse Creative, a full service creative agency. He is an avid outdoorsman and a lover of everything music. You can contact him at JerryHolthouse@Nashville.com
Previous David Crosby Releases First Album In 7 Years
Next CMT Music Award Nominations Announced