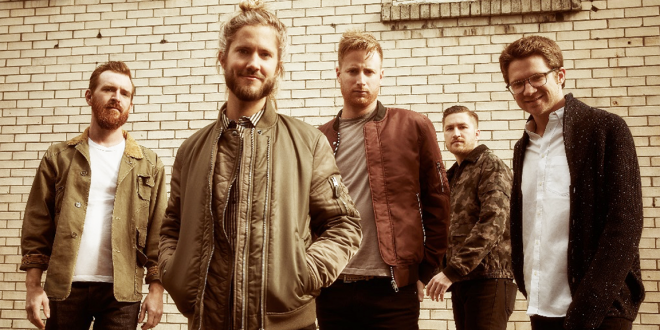 If I had to bet on the next band to achieve super stardom I’d put my money on Nashville’s own alt-rock-five-piece band Moon Taxi, formed right here in Nashville in 2006. I first saw them at the Exit/In many years ago and have tried to catch every local show since, watching them transform from a very good bar band to world class arena worthy act. They’re Bonnaroo veterans who have worked their way from the small stages to the big stages and honed their craft into a sound that is uniquely their own.  After skipping a year to play Atlanta,  the band brings the tradition of their New Year’s Eve shows back home for the their first arena show at Municipal Auditorium tonight. Previous New Year’s Eve shows included Marathon Music Works and 3rd & Lindsley.

After a decade of almost nonstop touring 2018 has seen the the band’s career go into overdrive with the release of their critically-acclaimed new album, Let The Record Play, PRESS HERE to stream or purchase the album. Their hit single “Two High” is their biggest release to date. Drummer, Tyler Ritter says “It’s safe to say we’ve brought out the most spectacular, over the top production for this tour to date. We’ve redesigned the whole visual aspect of the set to go along with the new record, specifically we’ve added the video walls behind us. It’d been fun to roll with this mini arena set up.”

It’s clear that Moon Taxi is in this for the long haul and also clear that they want to give back. The band partnered with Lightning 100, Frothy Monkey and Metro Nashville Police Department to collect food and unwrapped toys this year for Metro Police Christmas Charities. This program created baskets with toys, food, and other supplies and delivered before Christmas by officers to disadvantaged families in Nashville. Families were selected based on recommendations from police officers.

Tickets are still available and this will definitely be the best show in Nashville tonight. Buy them here. Be safe and happy New Year!

Music editor for Nashville.com. Jerry Holthouse is a content writer, songwriter and a graphic designer. He owns and runs Holthouse Creative, a full service creative agency. He is an avid outdoorsman and a lover of everything music. You can contact him at JerryHolthouse@Nashville.com
Previous Wills Invited to Join the Opry, Capps Celebrates 60
Next Grand Ole Opry to Celebrate “Dolly Parton Week” for Her 50th Anniversary