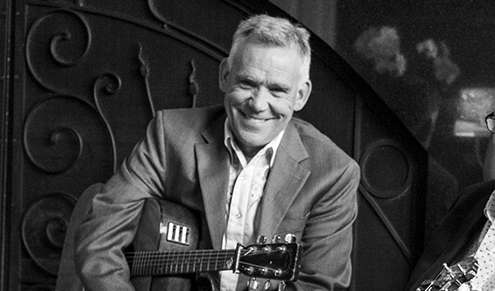 The Tim Raybon Band is wasting no time carrying on their momentum from 2022. They just unveiled their brand new single “Can’t Get Away From This Broken Heart,” which is out now. (listen above) The upbeat, hard-driving Bluegrass recording is available for download.

“Can’t Get Away From This Broken Heart” was written by founding member Tim Raybon, who has penned the majority of the band’s chart-topping hits since forming in late 2018. The banjo-driven tune centers around Raybon’s powerful voice, but with anthemic lyrics about experiencing a breakup and moving on. Fans were given the exclusive world premiere last week when the Tennessee native appeared on SiriusXM’s Bluegrass Junction with Kyle Cantrell to play it for the very first time.

The band is gearing up for the release of their next full-length album “I Can Get Used To This.” It’s set for release in mid-2023. In total, the collection will include 10 new recordings. Bluegrass fans have already been given a taste of what to expect with other hits like “Leaving Cleveland” and “Ilene Baker” which both went on to hit No. 1 on the Bluegrass Today Weekly Airplay Chart in 2022. Other songs include “Sally Johnson,” along with the Gospel infused anthem “That Reunion,” plus the nostalgic ballad “1959.”

Music editor for Nashville.com. Jerry Holthouse is a content writer, songwriter and a graphic designer. He owns and runs Holthouse Creative, a full service creative agency. He is an avid outdoorsman and a lover of everything music. You can contact him at JerryHolthouse@Nashville.com
Previous WATCH: Tyler Hubbard’s “Dancin’ In The Country” Featuring Terry Crews
Next MacKenzie Porter SignS With CAA