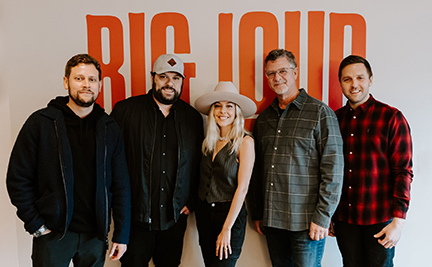 “I am so excited to call CAA my new home,” Porter shares with MusicRow. “We have been building the perfect team, and it feels complete with Jeff and Bennett joining the family. We will have new music coming this year, and I can’t wait to work alongside CAA to bring it to the stage!”

In 2022, Porter made a distinct mark on the genre both domestically and internationally with collaborator and friend Dustin Lynch and their six-week #1 “Thinking ‘Bout You,” amplifying her reputation as a record-breaking new talent. Porter is the first Canadian female this century to have five #1 songs at Canadian country radio, is the only female since Shania Twain to land three back-to-back #1s at Canadian country radio and earned a crossover Top 10 at Canadian pop radio – a first since 2003 for a Canadian country artist.

Music editor for Nashville.com. Jerry Holthouse is a content writer, songwriter and a graphic designer. He owns and runs Holthouse Creative, a full service creative agency. He is an avid outdoorsman and a lover of everything music. You can contact him at JerryHolthouse@Nashville.com
Previous Tim Raybon Band Drops New Single
Next The Grand Ole Opry Celebrates Dolly Parton