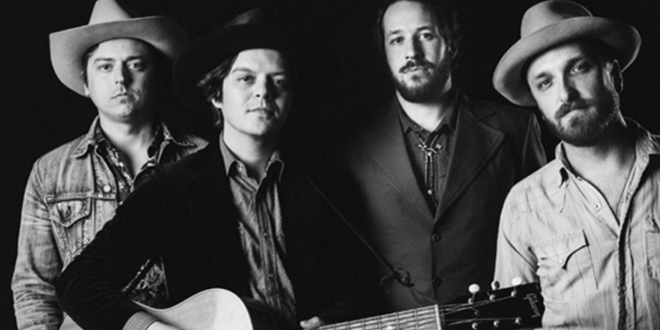 The Wild Feathers Debut Video Filmed At The Ryman

The Wild Feathers have debuted an acoustic version of their song “No Man’s Land” The group taped the song at Nashville’s historic Ryman Auditorium. “This song represents the idea of returning to a simple life and getting away from the things that get in the way of true happiness. We wrote it on acoustic guitars and it felt fitting to play the song in its purest form at the Ryman – a place we have all escaped to many times as fans” said band member Joel King.

After a summer that included the launch of their new album Greetings From the Neon Frontier, national television appearances and a string of major festival performances, The Wild Feathers will perform a run of shows with award-winning duo Brothers Osborne on their headlining tour. The five-date trek will take them to arenas across Canada (full dates below), and tickets are available here.

“We have been big fans of the Brothers Osborne for a while now, so we are extremely excited to get out on the road to play a few shows with them in the fall,” said singer-guitarist Taylor Burns. “We’ve always felt that our style and sound would complement theirs, so these should be some really great nights of music for the fans.”

Music editor for Nashville.com. Jerry Holthouse is a content writer, songwriter and a graphic designer. He owns and runs Holthouse Creative, a full service creative agency. He is an avid outdoorsman and a lover of everything music. You can contact him at JerryHolthouse@Nashville.com
Previous The Oak Ridge Boys Announce Christmas Tour
Next Rodney Crowell To Release First Ever Christmas Album