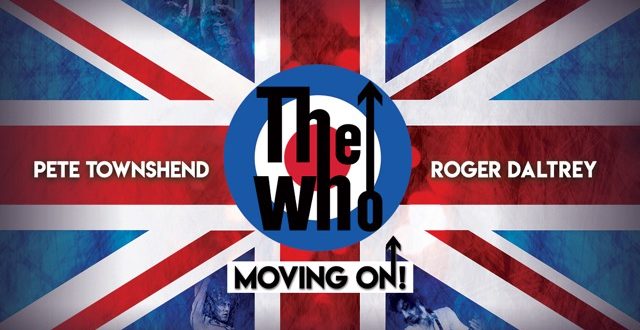 The Who Is Coming Back To Nashville!

The Who is coming back to Nashville! Roger Daltrey and guitarist/songwriter Pete Townshend will be unleashing the combustible force that is The Who, with symphonic accompaniment this summer and fall in 2019. The Who’s North American MOVING ON! TOUR will bring their indelible brand of powerhouse rock to 29 cities including Bridgestone Arena on May 16th. The kickoff date is May 7 in Grand Rapids, MI with the band wrapping up the first leg of the tour June 1 in Toronto, ON. Tickets go on sale to the general public beginning Friday, January 18 at here.

The Who will also be releasing their first album of new songs in thirteen years later this year. On stage, the line-up will be rounded out by familiar Who players featuring guitarist/backup singer Simon Townshend, keyboardist Loren Gold, bassist Jon Button and drummer Zak Starkey, and complemented by some of the best orchestras in the U.S. and Canada.

The tour is their first return to the states since their 2017 Las Vegas residency. That same year they did a limited run of shows following 2016’s rescheduled leg of their acclaimed 50th anniversary celebration. The band also drew praise for their extended 2012-2013 North American run, a 36 city Quadrophenia tour with the band performing their 1973 rock opera in its entirety.

Commenting on what Who fans can expect on the 2019 MOVING ON! tour, Pete Townshend stated: ““The Who are touring again in 2019. Roger christened this tour Moving On! I love it. It is what both of us want to do. Move on, with new music, classic Who music, all performed in new and exciting ways. Taking risks, nothing to lose. Looking forward to seeing you all. Are you ready?”

Commented Roger Daltrey: “Be aware Who fans! Just because it’s The Who with an orchestra, in no way will it compromise the way Pete and I deliver our music. This will be full throttle Who with horns and bells on.”

Emerging in the mid-1960s as a new and incendiary force in rock n’ roll, their brash style and poignant storytelling garnered them one of music’s most passionate followings, with the legendary foursome blazing a searing new template for rock, punk, and everything after. Inducted into the Rock n’ Roll Hall Of Fame in 1990, the band has sold more than 100 million records worldwide, placing 27 top-forty singles in the United States and United Kingdom and earning 17 Top Ten albums, including the 1969 groundbreaking rock opera Tommy, 1971’s pummeling Live At Leeds, 1973’s Quadrophenia and 1978’s Who Are You. The Who debuted in 1964 with a trio of anthems “I Can’t Explain,” “The Kids Are Alright” and “My Generation.” Since then they have delivered to the world hits such as “Baba O’Riley,” “Won’t Get Fooled Again,” “Pinball Wizard,” Who Are You,” and,” You Better You Bet.”

In 2008, they became the first rock band ever to be awarded the prestigious Kennedy Center Honors. The Who has performed all over the world including global music events for the Super Bowl XLIV Halftime Show in 2010 and closing the London 2012 Summer Olympics. The Who continued their charity work by playing a concert in January 2011 to raise money for trials of a new cancer treatment called PDT. In December 2012 they performed at the Hurricane Sandy Benefit in New York. In January 2014 they played a set on the U.S. television special to support the charity Stand Up To Cancer. In November 2012 Daltrey, with Townshend at his side, launched Teen Cancer America. The charity is now established in the USA, with offices in Los Angeles and devoted Teen Cancer units being opened in hospitals all over the U.S. TCA’s work has impacted over 5,000 young people and their families nationwide during the last six years.

Music editor for Nashville.com. Jerry Holthouse is a content writer, songwriter and a graphic designer. He owns and runs Holthouse Creative, a full service creative agency. He is an avid outdoorsman and a lover of everything music. You can contact him at JerryHolthouse@Nashville.com
Previous Dustin Lynch Scores His Sixth #1
Next Singer, Songwriter Ryan Kinder Raises Over $5,000 For Kinder’s Kids