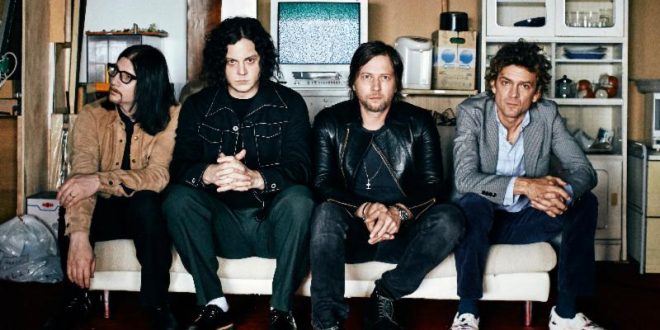 The Raconteurs Debut At Number One On The Charts

Help Us Stranger (Nashville based -Third Man Records), the third studio album from Grammy Award-winning rockers The Raconteurs –Jack White, Brendan Benson, Jack Lawrence, and Patrick Keeler – has debuted at #1 on this week’s SoundScan/Billboard 200 — the band’s first-ever #1 and their third trip to the top 10. The album also sits on top of the physical albums chart, as well as the vinyl chart. In fact, Help Us Stranger garnered the sixth highest first-week vinyl sales in the SoundScan era (with Jack White holding the #1 and #4 spots for Lazaretto and Boarding House Reach, respectively). The album is the first #1 for an independent record company in 2019, and is the fourth consecutive Billboard #1 for Jack White as an artist . In addition to its chart-topping achievements here in the United States, <em>Help Us Stranger</em> has also debuted at #1 on the album sales chart in Canada and #2 on the overall Canadian album chart. The success continues in the UK where the album took the top spot on the UK vinyl chart, along with being the #3 independent album and #8 on the Official UK Albums chart. Help Us Stranger is available physically and digitally now worldwide.

Continuing the celebration, The Raconteurs took to the streets in both New York City and Los Angeles last week – playing special in-store performances at Rough Trade NYC and Generation Records in the West Village, as well as Amoeba Music Hollywood. The band also played a series of intimate club shows in both cities including Baby’s All Right on Saturday, June 22 , Coney Island Baby on Sunday, June 23, and Jewel’s Catch One in LA on Thursday, June 27. In the spirit of the album title, 100% of the net proceeds from the Jewel’s Catch One show went to benefit the GSA Network whose mission is to unite trans and queer youth of color for racial and gender justice, empowering them to take action and build communities in which they can live authentically and thrive.

Music editor for Nashville.com. Jerry Holthouse is a content writer, songwriter and a graphic designer. He owns and runs Holthouse Creative, a full service creative agency. He is an avid outdoorsman and a lover of everything music. You can contact him at JerryHolthouse@Nashville.com
Previous Watch: Molly Tuttle “Light Came In (Power Went Out)”
Next Watch: Pop Meets Country Meets Hip Hop At Glastonbury