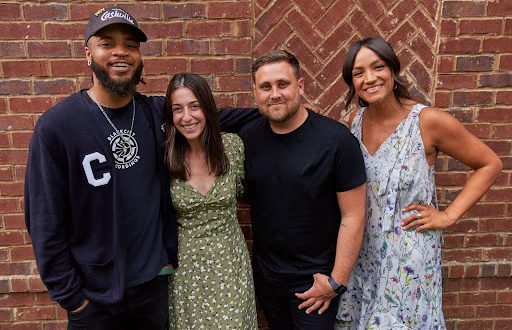 The Other Nashville Society Celebrates 5 Years

The Other Nashville Society (TONS), a 1,300+ member organization dedicated to connecting and elevating Music City’s non-country creators and industry professionals, is celebrating its fifth birthday. The organization is marking this milestone by announcing the formation of its first Leadership Group, a select team of TONS members to come alongside the Co-Founders and provide a new perspective for the future.

“We’re celebrating 5 years, but we’re really just getting started,” shares Josh Collum, TONS co-founder. “And we knew that in order for TONS to level up, we needed new energy and new ideas in the room. The thing that’s exciting is the Leadership Group’s diverse backgrounds. Jacki has deep ties to government and city leaders. Jeanette has some of the best A&R ears in Nashville. Causey is leading the city’s Hip Hop resurgence. And Nick literally knows everyone, from his days with the Music Biz conference. What a dream team.”

“We’re so proud of what TONS has become in 5 short years,” Katie Fagan, TONS co-founder, adds. “In some ways, it’s overwhelming how quickly it blew up. But in other ways, it’s obvious why it exploded. There was a rapidly growing community of creators and industry professionals in this city that had no place to call home. TONS became that home.”

Music editor for Nashville.com. Jerry Holthouse is a content writer, songwriter and a graphic designer. He owns and runs Holthouse Creative, a full service creative agency. He is an avid outdoorsman and a lover of everything music. You can contact him at JerryHolthouse@Nashville.com
Previous WATCH: Dustin Lynch, “Fish In The Sea”
Next WATCH: A Thousand Horses’ “Broken Heartland”