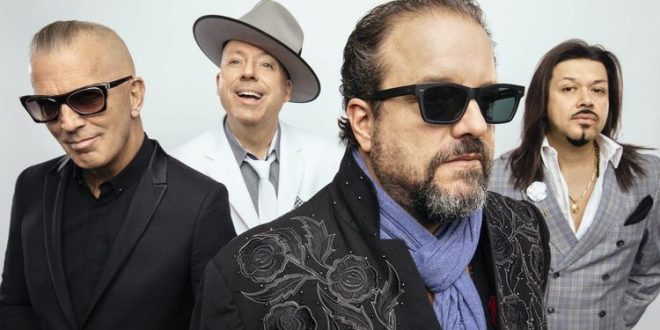 Led by the vocals of Raul Malo, drummer Paul Deakin, guitarist Eddie Perez and keyboardist Jerry Dale McFadden, The Mavericks will embark on their 30th Anniversary in 2019, but not before establishing some new holiday music traditions. From the rollicking opening tracks “Christmas Time Is Coming ‘Round” and “Santa Does” to the gorgeous, jazzy ballad “Christmas For Me Is You” to the sultry blues of “Santa Wants To Take You For A Ride” The Mavericks help redefine what the sounds of Christmas can be.

2017 was a pivotal year for the beloved band as they also redefined their business. After years on major labels, with great success, The Mavericks chose to go out on their own and founded their independent label Mono Mundo Recordings. That decision was validated when their first independent album, 2017’s critically acclaimed Brand New Day, received two Grammy Nominations for BEST AMERICANA ALBUM and BEST AMERICAN ROOTS SONG (“I Wish You Well”). The group brought their one-of-a-kind live show out on the road in full force, packing venues here and abroad with loyal fans while bringing in new generations who continue to discover the celebrated group. 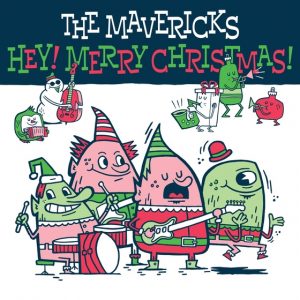 The Mavericks music has no boundaries and their audience, more than ever, has no limitations regarding age, race or gender. What they create is something that is universal, accessible, and most important, unites us. After almost three decades, The Mavericks continue to be a relevant and vital musical force that is needed more now than ever. No better time to unite than during the holiday season.

Music editor for Nashville.com. Jerry Holthouse is a content writer, songwriter and a graphic designer. He owns and runs Holthouse Creative, a full service creative agency. He is an avid outdoorsman and a lover of everything music. You can contact him at JerryHolthouse@Nashville.com
Previous Carrie Underwood Announces “The Cry Pretty Tour 360”
Next Luke Combs Makes Songwriters’ Dreams Come True