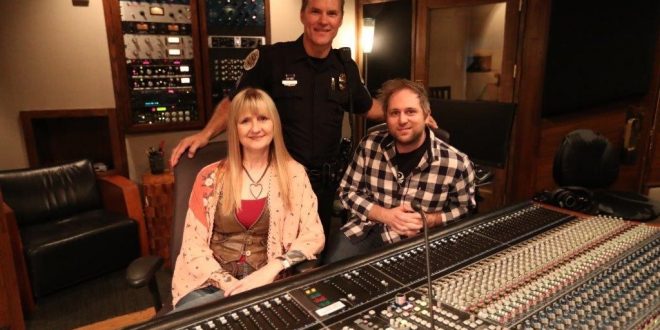 The Good Guys Foundation was created by Nashville business woman Juanita Copeland and Metro Nashville Police Sgt. Henry Particelli to support the families of fallen law enforcement officers whose end of watch occurred in the line of duty and to assist officers who suffer debilitating career ending injuries. After receiving their official 501(c)3 in mid-2020, the organization quietly completed disbursements in excess of $10,000 to eight deserving families across the country. The distributions were funded by proceeds from the sale of Particelli’s “We Are the Good Guys” song, major support from Hunt Brothers Pizza and many generous individual contributions.

The Foundation was launched after Copeland saw Particelli perform his anthem “We Are the Good Guys” at Officer John Anderson’s funeral in Nashville, TN last year. As President, COO and GM of one of Nashville’s most legendary recording studios, The Sound Emporium, the song inspired her to reach out to Particelli and donate studio time to create a professional recording. Her Chief Engineer, Mike Stankiewicz, donated his time to engineer, produce and mix the song (with Skyler Chuckry assisting), and session musicians Matt King (drums), John Thomasson (bass), Paul Allen (Guitars) also donated their time.

Conversations between Copeland and Particelli about supporting fallen officers and their families and creating a movement and changing the conversation about how law enforcement officers are viewed in their communities continued, and soon The Good Guys Foundation was born. “We Are The Good Guys” is currently available for download at all major digital service providers, and general donations and donations for a specific family are accepted HERE.

Particelli pursued a career as an artist and songwriter before turning back to his first love, law enforcement, at age 40. Word spread about his music career while at the Police Academy, and his commanding officer asked him to write a song for his graduation. Particelli wrote and performed “We Are the Good Guys,” and the song is still used at graduations and host of other department functions both in Nashville and around the country.

He made national headlines earlier this year, when he wrote and recorded “Your Name” about social injustices plaguing our country. National news show “Inside Edition” ran an interview with Henry in August, and he has been featured on The CIRCLE Network, npr, American Songwriter , the Tennessean and more.

To learn more about The Good Guys Foundation click here.

Music editor for Nashville.com. Jerry Holthouse is a content writer, songwriter and a graphic designer. He owns and runs Holthouse Creative, a full service creative agency. He is an avid outdoorsman and a lover of everything music. You can contact him at JerryHolthouse@Nashville.com
Previous Chris Lane On One Year Of Marriage
Next Gary LeVox To Release “Christmas Will Be Different This Year”