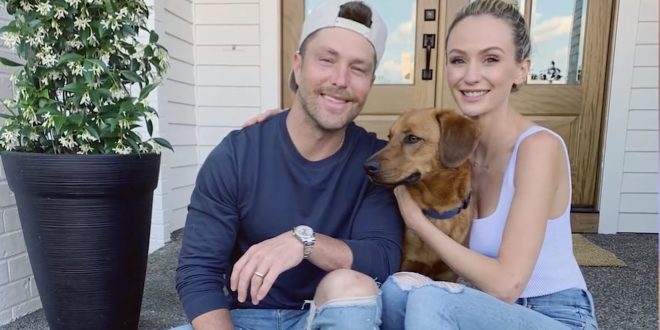 Chris Lane On One Year Of Marriage

Chris Lane and his wife Lauren are celebrating their one-year anniversary with an inside look at their newlywed life. The clip above chronicles their journey since tying the knot, including hitting the road on Lane’s BIG, BIG PLANS TOUR, buying a home, adopting two rescue dogs (Cooper & Chloe) and more. Gushing over the fact that “the couple’s love is literally the stuff of country songs”.

Music editor for Nashville.com. Jerry Holthouse is a content writer, songwriter and a graphic designer. He owns and runs Holthouse Creative, a full service creative agency. He is an avid outdoorsman and a lover of everything music. You can contact him at JerryHolthouse@Nashville.com
Previous LISTEN: Braison Cyrus’ “Across The Great Plains”
Next The Good Guys Foundation Gifts Over $10,000