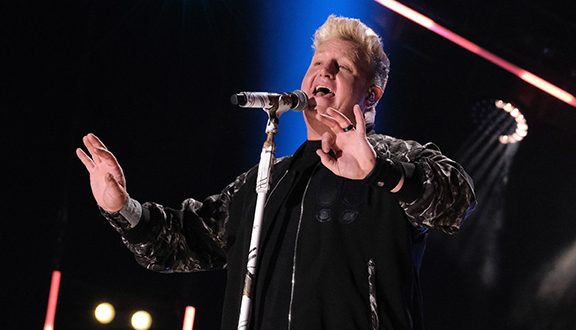 Gary LeVox To Release “Christmas Will Be Different This Year”

Gary LeVox, lead singer of Rascal Flatts, announced today that he will be releasing “Christmas Will Be Different This Year” featuring Stephan Moccio on Friday, November 13, available to pre-save here. The holiday track, that is especially poignant this year, was co-written by LeVox with Natalie Hemby and Moccio. The GRAMMY and Academy Award nominated composer/producer and Decca Records recording artist Stephan Moccio, who also produced the song, is featured as the pianist on the track.

Gary LeVox is best known as the lead singer of Vocal Group Rascal Flatts. Hailed as one of the most influential groups in modern country history, Rascal Flatts are a chart-topping trio created by LeVox, Jay DeMarcus and Joe Don Rooney. Since their founding in 2000 and subsequent breakout with the Top 5 hit, “Prayin’ for Daylight,” the band has racked up 17 Number One hits, over 23.4 million albums sold, 35 million digital downloads, 2.2 billion streams worldwide and 4.4 billion streams solely on Pandora, while also selling over 11 million concert tickets and earning more than 40 trophies from the ACA, ACM, AMA, CMA, People’s Choice and more, making them the most awarded country group of the past decade.

Born in Columbus, OH, LeVox currently resides in Nashville, TN with his wife Tara Vernon and they have two daughters Brittany Kay, 20 and Brooklyn Leigh, 16. LeVox made the move to Music City just over twenty years ago, and with his distinct vocals was almost instantly sought out to sing background vocals on Michael English’s gospel record. Soon thereafter, Rascal Flatts was born. To date, LeVox has also garnered acting roles in “Hannah Montana: The Movie,” “To Appomattox,” “Yes, Dear” and “CSI.” LeVox just launched his own apparel line, known as “Freedom Farms” and “LeVox Wear.” Bringing his own unique flare to the signature collection, fans can visit garylevox.com for more information on LeVox’s solo endeavors.

Music editor for Nashville.com. Jerry Holthouse is a content writer, songwriter and a graphic designer. He owns and runs Holthouse Creative, a full service creative agency. He is an avid outdoorsman and a lover of everything music. You can contact him at JerryHolthouse@Nashville.com
Previous The Good Guys Foundation Gifts Over $10,000
Next Gibson Announces Inaugural “Rock To Remember”