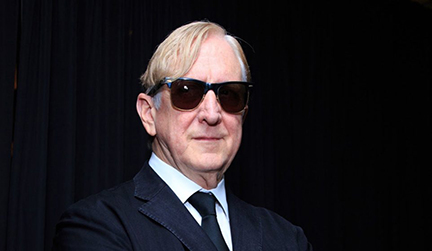 Multiple Grammy-and Oscar-winner Joseph Henry ‘T Bone’ Burnett is a producer, musician and songwriter. Burnett most recently released Acoustic Space, the first full-length installment in The Invisible Light trilogy, an experimental song cycle which explores the idea that society has been subject to a programming pandemic which is causing us to lose our ability to differentiate fact from fiction. Burnett also composed and produced the music for critically acclaimed HBO series True Detective, and his film work includes the five-time Grammy winning soundtrack for O Brother, Where Art Thou?, The Big Lebowski, Cold Mountain, The Hunger Games, Crazy Heart and Walk The Line, among others. He has collaborated with numerous artists including Bob Dylan, Elvis Costello and Roy Orbison, and won Album of the Year and Record of the Year Grammy Awards for Robert Plant and Alison Krauss’ Raising Sand.

Artist, composer, producer and musician Keefus Ciancia has worked with a range of artists including Kimbra, Nikka Costa, Benji Hughes and Cassandra Wilson. Together with Jade Vincent he formed The Jade Vincent Experiment, an experimental film-noir band which led them to connect with T Bone Burnett after he heard their performance on KCRW. Ciancia and Burnett’s relationship blossomed, the two collaborating on several projects including HBO’s True Detective and The Coen Brothers’ The Ladykillers.

Music editor for Nashville.com. Jerry Holthouse is a content writer, songwriter and a graphic designer. He owns and runs Holthouse Creative, a full service creative agency. He is an avid outdoorsman and a lover of everything music. You can contact him at JerryHolthouse@Nashville.com
Previous Marcus King Announces Headline Tour With Nashville Stop
Next WATCH: Kendell Marvel’s “Put It In The Plate”