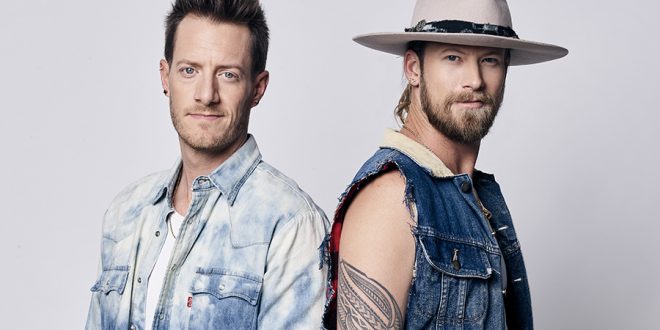 Multi-Platinum duo Florida Georgia Line, 14-time Grammy winner Dan Tyminski, whose vocal collaboration on “Hey, Brother” with Swedish DJ Avicii was streamed more than 1 billion times, and award-winning singer-songwriter Ryan Hurd, known for his hit single “To a T” are among the latest artists to join the SIP Hope 4 Hope Town benefit concert taking place at Nashville’s historic Ryman Auditorium on Sept. 16. In addition, and Americana singer-songwriter Drew Holcomb, frontman of Drew Holcomb and The Neighbors; Charles Esten from the hit TV show, Nashville; and Riley Green , known for his smash single, “There Was This Girl” will also be joining the line-up. 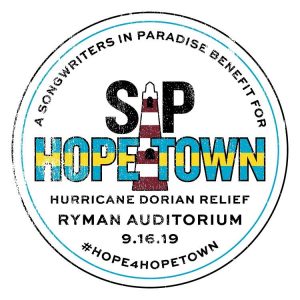 Organized and hosted by songwriter Patrick Davis (founder of SIP and frontman of Patrick Davis and his Midnight Choir ), in partnership with iHeartCountry, The BIG 98 , and The Bobby Bones Show, the concert will provide desperately needed funds to relief efforts in the Bahamas following the destruction of Hurricane Dorian last week. Fans can purchase tickets through Ryman.com  and  Ticketmaster.com.
Previously announced artists include Dierks Bentley, Jamey Johnson, LOCASH, Darius Rucker, Randy Houser, Kristian Bush of Sugarland, Mark Bryan of Hootie & the Blowfish, Devin Dawson, James Otto and more. Some of the acclaimed songwriters slated to appear include Chris Gelbuda (producer for “Like I’m Gonna Lose You” by Meghan Trainor feat. John Legend), Wyatt Durette(“Chicken Fried” by Zac Brown Band), Channing Wilson (“She Got the Best of Me” by Luke Combs), Tyler Reeve (“In Case You Didn’t Know” by Brett Young) and Django Walker (“Texas on My Mind” by Pat Green).
Songwriters in Paradise (SIP), a music festival featuring some of the best songwriters in the world, has been a fixture in Hope Town on the Abaco Islands in the Bahamas for the past 8 years, and the performers, fans and locals have formed a special bond since the festival began. Sadly, Hope Town and the Abacos were the first place in the Bahamas to receive the brunt of Hurricane Dorian’s fury. Patrick Davis and the rest of the SIP Family immediately stepped up to help out their friends, beginning with a GoFundMeCampaign that has raised over $400,000 to-date. An online auction featuring one-of-a-kind items will also coincide with the event. The GoFundMe Campaign, benefit concert and auction will benefit the overall Hurricane Dorian relief efforts but especially those on the outer Bahamian islands who may not be as quick to receive government aid. Visit Hope4HopeTown.com  for more info.

Music editor for Nashville.com. Jerry Holthouse is a content writer, songwriter and a graphic designer. He owns and runs Holthouse Creative, a full service creative agency. He is an avid outdoorsman and a lover of everything music. You can contact him at JerryHolthouse@Nashville.com
Previous Hootie & The Blowfish Wow Nashville Crowd
Next Up And Comer Liz Anne Hill Releases “The Desert”