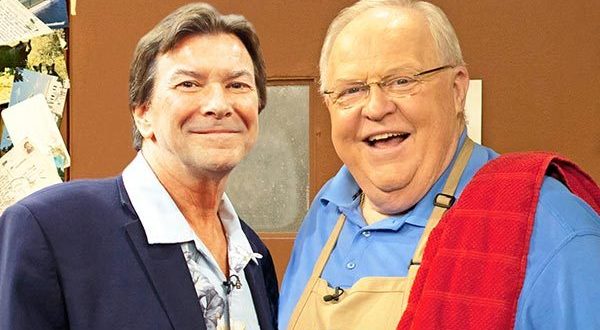 Springer Mountain Farms® is proud to continue their partnership with the hit television show “Larry’s Country Diner.” Since 2013, Springer Mountain Farms® has supported the popular down-home show, which integrates interviews and music in an entertaining weekly format. The show is taped live in front of a studio audience in an old-fashioned diner setting.

Each “Larry’s Country Diner” episode features Arrendale, referred to as “The Chicken Man” on the show, highlighting some of the attributes that sets Springer Mountain Farms® chicken apart from other brands as well as the many retail and restaurant locations where it is available. There is also a chance for viewers to win a freezer full of Springer Mountain Farms® chicken by tuning in and entering online.

Owned and produced by Gabriel Communications, “Larry’s Country Diner” is one of the top-rated programs airing on the RFD-TV network and receives 1.6 million viewers per month.

About Springer Mountain Farms®
Springer Mountain Farms® is a family owned business that has been raising chickens for over 40 years. Years ago, in the hills of Northeast Georgia, our founders started selling chickens in the back room of their grocery store. They built the company on strong values and kindred relationships within the farming community, and all of the farmers, with up to forty years of experience and third generation families, take great pride in what they do to raise the finest chicken on the market today. Over the years, through studying and learning about the benefits of better animal care, better living conditions, and more stringent biosecurity practices, Springer Mountain Farms® became the first poultry producer in the world to gain the endorsement of American Humane Association under their American Humane Certified program. We exercise great care in all that we do, and we know you’ll be able to taste the difference. “Great Care. Great Taste.”

About “Larry’s Country Diner”:
“Larry’s Country Diner” is a unique down-home variety show, which integrates interviews and music in an entertaining weekly format, taped LIVE in front of a studio audience in an old-fashioned diner setting. The show features regular characters including Larry Black, Keith Bilbrey, Sheriff Jimmy Capps, Renae The Waitress and avid church gossip, Nadine, along with special guest appearances by country music artists of yesterday and today. Since its initial airing on August 3, 2009, “Larry’s Country Diner” has produced over 200 episodes and has become one of the most popular shows on RFD-TV, garnering 1.6 million viewers monthly.