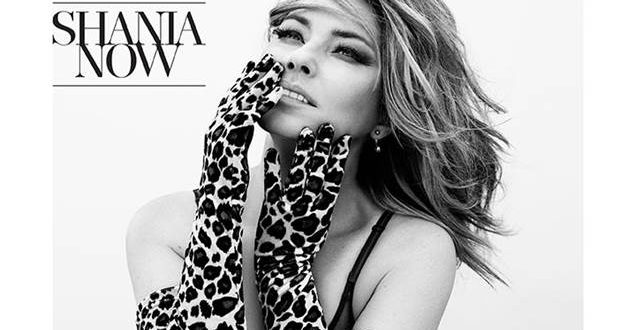 International superstar Shania Twain is set to release her brand new album NOW on Sept. 29. Three decades into her storied career as the “top-selling female country artist of all-time,” Shania confidently embraces the moment on her triumphant fifth full-length album on Mercury Nashville and her first album since 2002. Assuming the role of sole songwriter for the first time and overseeing production as a co-producer, this is the woman the world knows and loves at her brightest, boldest and best. NOW, offered as both a 12-track standard and a 16-track deluxe, is available for preorder now and includes an instant download of the album’s lead single “Life’s About to Get Good.” The joyful new tune premieres today on country radio platforms around the globe.

Shania is set to rock New York City tomorrow morning as part of NBC’s TODAY Show Summer Concert Series. Fans can expect to hear new music including her latest single along with a few of her most-popular hits. While fans got a taste of the highly-anticipated new song in an exciting NBC Winter Olympics ad, the TODAY Show appearance will only be the second time Shania has performed “Life’s About to Get Good” for a live audience. The first came recently when she performed to a high-spirited crowd of over 75,000 fans as one of the three headliners of this year’s Stagecoach Festival in Indio, Calif.

In addition to the upcoming new album, the Country Music Hall of Fame and Museum in Nashville, Tenn. opens its Shania exhibit later this month as part of the museum’s 50th anniversary celebration. Scheduled to run through mid-2018, the exhibit will feature some of Shania’s iconic outfits from the “Man! I Feel Like a Woman!” music video (including her top hat, top coat, corset, shirt, necktie, gloves, and skirt), as well as her memorable 2003 Super Bowl halftime performance outfit — the Marc Bouwer-designed black pleather-duster coat and velvet skirt with rhinestone embellishments and many more.

Shania is a five-time GRAMMY Award-winner and the reigning Queen of Country Pop. With more than 75 million albums sold worldwide and U.S. sales topping 34.5 million, Shania remains the top-selling female country artist of all time. Shania’s albums include her Platinum-selling 1993 debut, Shania Twain; the GRAMMY Award-winning, Double Diamond-selling 1995 release, The Woman in Me; Come On Over, the best-selling studio album in Soundscan history by a female artist in any genre and the best-selling country album of all time with over 40 million units sold worldwide; and UP!, Shania’s third consecutive Diamond-selling album release.

Recognizing her indelible impact and achievements in music, Shania is the first and only female artist to receive CMT’s Artist of a Lifetime Award. She was also honored with the Icon Award at Billboard’s Women in Music ceremony. Shania’s hits include “Any Man of Mine,” “That Don’t Impress Me Much,” “You’re Still the One,” and “Man! I Feel Like A Woman!.”