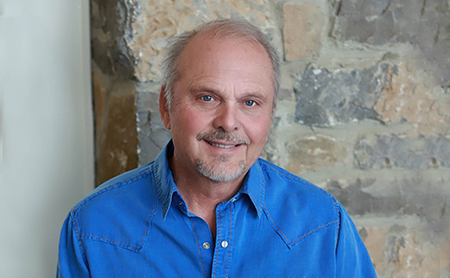 Mega hit songwriter and performer, Kent Blazy, has announced the release of his new album, Me & My Guitar, recorded and mixed by Engineered by Matt Allen at Allentown Studios located in Nashville, TN and mastered by Mayfield Mastering. Kent Blazy and Josh Martin recorded all guitar and vocals on the project and collaboration of Human Touch Guitars by Jayboy Adams. The new music is available to order on Kent Blazy’s website kentblazy.com. Streaming and download is available on all digital music platforms here.

“This is the second record I have written and recorded during the COVID-19 lockdown. These songs are an aerial view of what I was watching in the past year and what the possibilities will be in the future. My aim was to create hope, joy and gratitude and of course, fun,” exclaimed Kent Blazy! 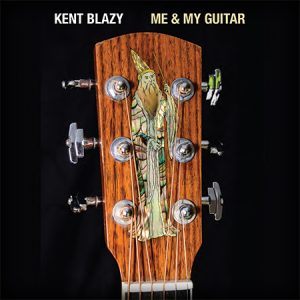 “I am so proud to have co-written “Song Man” on Kent Blazy’s new record with him. He is a true song man and an inspiration to all dreamers that make the Nashville trek,” shared Cory Batten. Oh, and he’s now in the Nashville Songwriters Hall of Fame.”

After doing the Authentic record with a full band in July 2020, it was fun for Blazy to go into the studio with the amazing Josh Martin and do an acoustic record. Me & My Guitar tells the story of where six strings has led him and where he is still aiming to go. The project is a compliment, companion and continuation to the Authentic recording he released in 2020.

The song “Me & My Guitar” talks about his guitar feeling like a gift from Merlin, just like King Artur and his sword. “Merlin” was one of the first songs Kent felt he had written a good song. It came from reading The Once and Future King. He played it in bands and doing solo gigs, and fans started liking the song and other bands started playing it. When Kent was playing in Canada with Ian Tyson, he bought one of the first Larrivie guitars which were built in Toronto. Larrivie did not put his name or anything else on the headstock, so a friend of Kent’s in Kentucky suggested his wife put Merlin on the headstock. It took her three months using Abalone and gold. She never did another one!

Music editor for Nashville.com. Jerry Holthouse is a content writer, songwriter and a graphic designer. He owns and runs Holthouse Creative, a full service creative agency. He is an avid outdoorsman and a lover of everything music. You can contact him at JerryHolthouse@Nashville.com
Previous Leslie Jordan Makes Grand Ole Opry Debut
Next Watch: Charlie Worsham’s “Believe In Love”