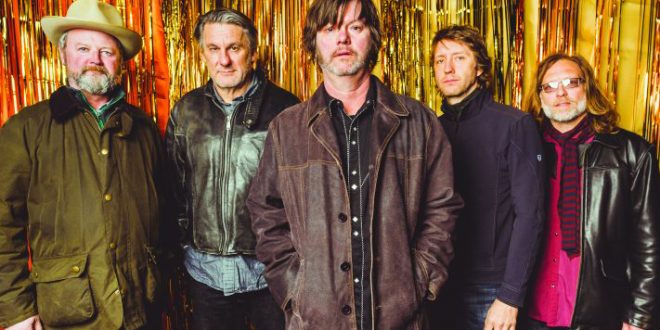 Son Volt, has announced the July 30th release of their tenth studio album, Electro Melodier. The title, taken from the names of two vintage amplifiers from the late ‘40s and early ‘50s, also describes the album’s unique blend of folk, country, blues, soul and rock. Listen to the first track “Reverie” above.

The follow-up to 2019’s acclaimed release Union, Electro Melodier finds band founder Jay Farrar’s unparalleled songwriting as poignant and intelligent as ever. Electro Melodier touches on the thought-provoking issues that impact us all, including the pandemic, love, and the inevitable passing of time. The current political divide makes its appearance on the album as well. “I wanted to concentrate on the melodies which got me into music in the first place,” says Farrar. “I wanted politics to take a back seat this time, but it always seems to find a way back in there.”

“Livin’ in the USA” echoes protest songs of old, highlighting both the breakdown of our culture and planet. “Share a little truth with your neighbor down the block, We’ve all got fossil fuel lungs while we run out the clock,” Farrar sings. “The Globe” reverberates with the tensions that arise with the fight for equality. “People climbing skyward stairs, Deciders of their fate, You can see it everywhere, Change is in the air…” The sentimental “Diamonds and Cigarettes,” featuring vocals by country singer Laura Cantrell, lovingly pays homage to his wife, while “Lucky Ones” is a weary tale of gratitude.

Music editor for Nashville.com. Jerry Holthouse is a content writer, songwriter and a graphic designer. He owns and runs Holthouse Creative, a full service creative agency. He is an avid outdoorsman and a lover of everything music. You can contact him at JerryHolthouse@Nashville.com
Previous WATCH: SmithField’s “Something Sexy,”
Next Brandy Clark Honored As 2021 Champion Of The Year