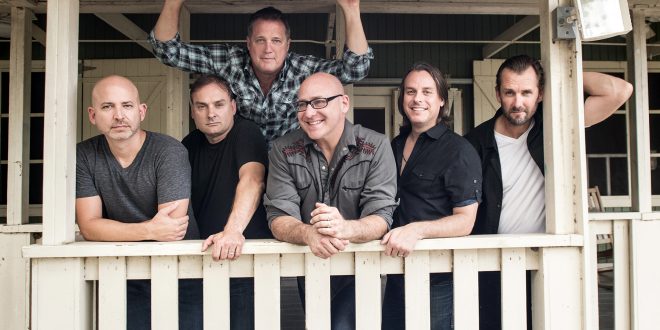 Sister Hazel Partners With Shatterproof To Spotlight Addiction And Recovery

Platinum-selling band, Sister Hazel, teamed up with Shatterproof,  a national nonprofit organization dedicated to ending the devastation addiction causes families, in releasing their latest song, “You Won’t See Me Again,” from their EP, Water.

Singer and guitarist for the band, Drew Copeland, co-wrote the song alongside hit songwriter, Neil Carpenter, while watching his brother-in-law suffer with alcohol use disorder. Lead vocalist, Ken Block, has also been in recovery for alcohol and drug addiction for 15 years, which made the song even more significant and more moving for the band.

“On our own, we could only do so much, we could only reach so many people,” said Copeland. “It was important for us to partner up with someone who understands addiction and already had their legs underneath them in helping fight issues like this. So it was a no-brainer for the band to partner with Shatterproof to continue to draw attention to such a worthy cause and have a bigger voice because of the collective effort.”

Beginning in April for Alcohol Awareness Month, fans were encouraged to break the silence and share their story of how addiction has affected their life on Shatterproof.

“There has been so much shame wrapped around this disease and people are hesitant to come out and talk about. Addiction can happen to anyone. It does not discriminate and people should not feel alone in this,” Copeland says.“No matter their walk of life, and no matter what stage they’re in with their addiction—whether they’re in the middle of it or heading toward it. We just need to come together and do the best we can to help defeat this disease.” Read more on the story via Shatterproof’s blog.

Sister Hazel will continue their “Roll On Bye” Tour this summer. Dates include a recent return visit to the Grand Ole Opry stage in May and CMA Music Fest. For a full list of tour dates, news, and more, visit http://sisterhazel.com/tour/

Music editor for Nashville.com. Jerry Holthouse is a content writer, songwriter and a graphic designer. He owns and runs Holthouse Creative, a full service creative agency. He is an avid outdoorsman and a lover of everything music. You can contact him at JerryHolthouse@Nashville.com
Previous Halfway to Hazard, Guy Gilchrist & Friends To Pay Tribute to Troy Gentry
Next Florida Georgia Line Honored With Trailblazer Award