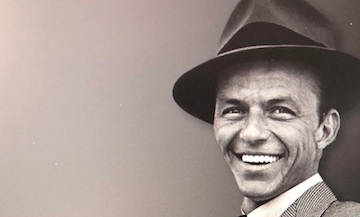 In partnership with Frank Sinatra Enterprises, Nashville-based Icon Entertainment Group announced it’s Sinatra Bar and Lounge. Slated to open in early 2020, Sinatra Bar and Lounge will be located in the historic Southern Turf building, a spectacular Queen Anne structure built in 1839 in Nashville’s Printer’s Alley.
With a Manhattan meets Palm Springs ambiance, the upscale small plates menu will feature many of the Chairman of the Board’s favorite Italian recipes, complimented by a “set ‘em’ up Joe” old school, standard cocktail menu. Sinatra’s drink of choice Jack Daniel’s Tennessee Whiskey, or Old No. 7 as he referred to it, will be front and center, along with the new Jack Daniel’s Sinatra Select.
“It’s a pleasure and an honor for our family to partner with the Sinatra family to bring what promises to be one of Nashville’s—and the Southeast’s—most notable establishments,” says Bill Miller, founder of Icon Entertainment.
“We are thrilled that our Dad, who loved good songs, good food and good spirits, will now be part of Music City’s creative and vibrant landscape,” says Nancy and Tina Sinatra. Added Tina, “the stately Southern Turf landmark is listed on the National Register of Historic Placesand once housed a speak easy and saloon; how cool is that?”
The Southern Turf Building is located in the rapidly redeveloping area of downtown Nashville. The basement level of the building is home to the legendary Skull’s Rainbow Room, which just took the number five spot in TripAdvisor’s Top 40 list of the best restaurants in Nashville.

Music editor for Nashville.com. Jerry Holthouse is a content writer, songwriter and a graphic designer. He owns and runs Holthouse Creative, a full service creative agency. He is an avid outdoorsman and a lover of everything music. You can contact him at JerryHolthouse@Nashville.com
Previous Americana’s 2019 Honors & Awards Nominees Revealed
Next Reese Wynans Released First-Ever Solo Album On Vinyl Today