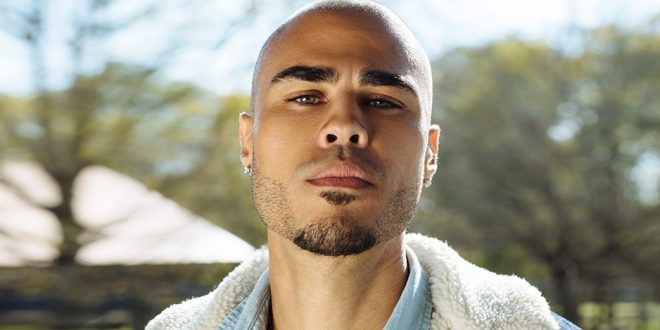 Warner Music Nashville’s Shy Carter will be making his Grand Ole Opry debut on April 16. Watch above as Caitlyn Smith breaks the exciting news to him onstage during a recent CMA Songwriters Series appearance at C2C: Country to Country in London, UK.

“I’m so excited to be performing at the Grand Ole Opry. What a surreal moment,” shares Carter. “I’m grateful to the wonderful people at the Opry for embracing me and my music. This opportunity is truly a dream come true and I really can’t believe it’s actually happening! Here we go baby! Woo-hoo!”

Introducing his first body of work as a recording artist with ‘The Rest Of Us’ late last year, the decorated songwriter co-penned all eight songs on the David Garcia-produced EP. Currently in the studio working on new tracks, fresh music is promised this year.

Continuing to make his name known, the 2021 Amazon Music Artist to Watch will appear in the Amazon Music Original feature-length documentary, For Love & Country, out April 7. The film examines Country music’s evolution through the lens of a new generation of Black artists claiming space in Nashville — and helping to transform the genre in the process. Directed by director and photographer Joshua Kissi, the film will premiere in the Amazon Music app and on Prime Video.

Music editor for Nashville.com. Jerry Holthouse is a content writer, songwriter and a graphic designer. He owns and runs Holthouse Creative, a full service creative agency. He is an avid outdoorsman and a lover of everything music. You can contact him at JerryHolthouse@Nashville.com
Previous Jeff Carson Memorial Service & Motorcade – Saturday, April 2nd
Next WATCH: Wade Bowen’s “Where Phones Don’t Work”