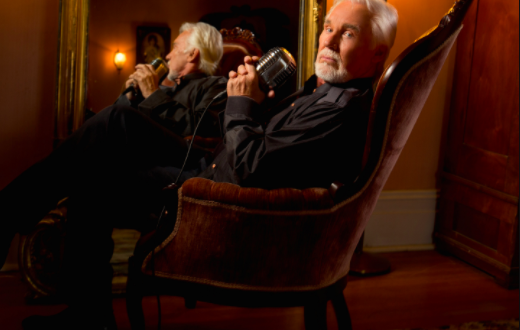 SESAC, the only music rights organization in the U.S., will honor GRAMMY™ award-winning superstar and music icon Kenny Rogers with the SESAC Legacy Award at its Nashville Music Awards on Sunday, Nov. 5, 2017, it was announced today by John Josephson, Chairman and CEO of SESAC Holdings, Inc.

Rogers, a SESAC affiliate and one of the most highly-esteemed performers in country music, will receive the SESAC Legacy Award in recognition of his many outstanding contributions to the creative arts. The annual awards show, which celebrates the successes of SESAC’s songwriters and publishers, will be held at the Country Music Hall of Fame and Museum in downtown Nashville.

“For decades, Kenny Rogers has been recognized as one of the best entertainers—in both pop and country—around the globe, and it is an incredible honor to present him with the SESAC Legacy Award,” says Josephson. “Kenny is undeniably in a league of his own. He’s made immeasurable contributions to the world of entertainment, and paved the way for countless songwriters and artists. For that, we are grateful.”

In addition to the Legacy Award, SESAC will name its Publisher of the Year, Song of the Year, and Songwriter of the Year at the Nashville Music Awards. The invitation-only event will recognize its country and Americana songwriters and its publisher affiliates based on performance activity over the last year.

GRAMMY™ Award-winning country and pop superstar Kenny Rogers has enjoyed great success during his storied career of nearly six decades. The Country Music Hall of Fame member and music icon has endeared music lovers around the globe with his amazing songs, heartfelt performances, distinctive voice, gift for storytelling and universal appeal. He has sold more than 120 million albums worldwide and has charted a recording within each of the last seven decades. The first country artist to consistently sell out arenas, Rogers, who has toured at a furious pace since the 60s, was recently awarded with an induction into the IEBA Hall of Fame.

Rogers has played to millions of fans around the world, performing chart-topping songs from a rich catalog of 24 No. 1 hits, including “The Gambler,” “Lady,” “Islands In The Stream,” “Lucille,” “Through The Years,” “We’ve Got Tonight” and “She Believes In Me.”

Rogers’ final world tour, “The Gambler’s Last Deal,” continues into next year with a show that celebrates his musical legacy. The star-studded “All In For The Gambler: Kenny Rogers’ Farewell Concert Celebration,” featuring the final live performance together by Rogers and Dolly Parton, was held in Nashville’s Bridgestone Arena on Oct. 25, 2017.

About SESAC Holdings, Inc.:
SESAC Holdings is the only U.S.-based Music Rights Organizationthat administers public performance, mechanical, and other rights. SESAC Holdings is unique in its ability to offer singular licenses for the works of its affiliated writers and publishers that aggregate both performance and mechanical rights in order to drive greater efficiency in licensing for music users, as well as enhanced value for music creators and publishers. Its businesses operate on a sophisticated information technology and data platform to provide timely, efficient royalty collection and distribution.