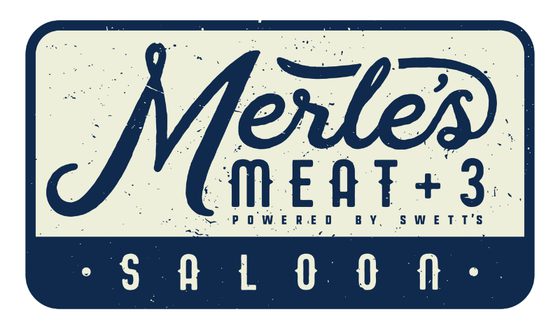 Bill and Shannon Miller, the founders of Icon Entertainment Group, joined Merle Haggard’s family to unveil plans for the new Merle Haggard Museum and Merle’s Meat + 3 Saloon to be located at 121 Third Avenue South, Nashville, TN.  Working together, the Millers and the Haggards have curated performance wardrobes, instruments, professional and personal possessions and are designing interactive exhibits, to ensure that Merle’s fans are treated to a unique experience.  On this date, which marks the 50thAnniversary of the Capitol Records release of “Sing Me Back Home,” it was revealed that Merle’s Meat + 3 Saloon will also be a part of the plans to preserve this country music legend in in Music City.
“The world lost one of the greatest country singers of all time and I lost the love of my life when Merle Haggard died on his 79th birthday April 6, 2016,” says Theresa Haggard. “Now, nearly one and half years later, I have partnered with my friends Bill and Shannon Miller, owners of the acclaimed Johnny Cash and Patsy Cline Museums to open the Merle Haggard Museum. Merle would be very happy knowing that his museum will be next door to his dear friend Johnny Cash. I’m sure he is up there smiling about that. Our family is also very excited about the Merle-themed restaurant and bar featuring first-class, Southern home cooking and a saloon to boot. This museum will be a way to preserve and share the love Merle had for music and life.”
“My family is honored to join with our dear friends, the Haggard family, to bring a new, world-class museum to Nashville,” says Bill Miller, Founder of Icon Entertainment Group. “Merle Haggard is one of the most iconic country music singers and songwriters of all time. Rolling Stone and Billboard magazines both named him the number one country entertainer of all-time. We are very excited to begin the process of designing and building Merle’s museum which will also feature a Southern-style restaurant and saloon bearing his name. We are thrilled to be working with long time Nashville family restaurant operator David Swett, who brings his highly respected expertise to our restaurant. Swett’s opened their doors in 1954 and is still going strong.”
Located at 121 Third Avenue South, the building will house Merle’s Meat + 3 Saloon on the ground level with the Merle Haggard Museum on an upper floor. Projected to open in the summer of 2018, the restaurant will be operated by the Swett Family, who are a staple on the Nashville scene operating their Swett’s Restaurant for 62 years. This new venture for Bill and Shannon Miller will mark the fifth attraction currently owned and operated by Icon Entertainment Group. Their first property was The Johnny Cash Museum, which opened its doors in April of 2013 and would go on to become one of the most applauded museum in the U.S. most recently earning the distinction as the only museum and music attraction on TripAdvisor’s “Top 25 Trending U.S. Attractions for Summer 2017.” Also in the Icon Entertainment Group umbrella are Nudie’s Honky Tonk, the Patsy Cline Museum and Skull’s Rainbow Room in addition to the sought after Music City Threads clothing company. The Millers also own the Southern Turf Building in Nashville, a four-story building on the National Register of Historic Places because of its location in Printers Alley Historic District.

About Merle Haggard
This California reared singer, songwriter, guitarist and fiddler would push through a rebellious childhood and numerous incarcerations to become a signature part of the Bakersfield sound of country music.  While he began playing a guitar that his brother gifted him at age 12, Merle’s imprint on the American music community wouldn’t establish a firm impact until he was released from San Quentin in 1960.  During his incarceration, a series of events which included a performance by the legendary Johnny Cash would finally focus this future country music outlaw to embark on a career as a performer. In 1965, he’d see his first Top 10 hit with “(My Friends Are Gonna Be) Strangers” a Liz Anderson penned track that would also inspire him to brand his band as The Strangers.  Two years later, he’d have his first #1 with “I’m a Lonesome Fugitive” and would go on to capture the #1 spot 38 times in his career. As one of the most award acts in the industry, Merle was honored with nineteen ACMs, six CMAs and four Grammys including the “Pioneer Award,” “Triple Crown,” “Poet’s Award” and “Crystal Milestone Award” from the Academy of Country Music and the “Grammy Lifetime Achievement Award.” Merle was inducted to the Country Music Hall of Fame, Nashville Songwriters Hall of Fame and Oklahoma Music Hall of Fame in addition to the world renowned Kennedy Center Honors alongside Paul McCartney and Oprah Winfrey in 2010. Performing professionally throughout six decades, Merle passed on his 79th birthday on April 6, 2016.