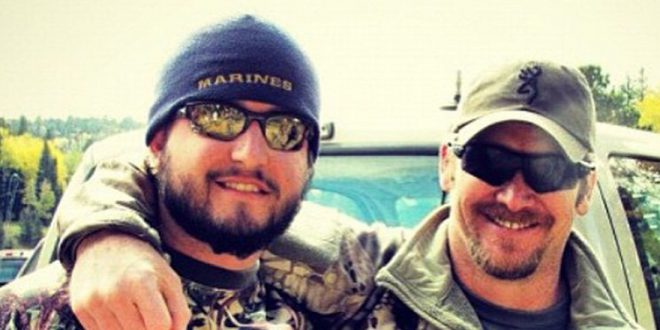 Scooter Brown, frontman for Scooter Brown Band, will perform in Fort Worth, Texas on December 23 during halftime at the 2017 Lockheed Martin Armed Forces Bowl. The game will be televised by ESPN and can be heard on the Armed Forces Bowl Radio Network. Rolling Stone recently listed the band, known for their unique style of country and southern rock music, as one of ten Country Artists You Need To Know earlier this month. Information on the game here.

Marine Veteran and lead singer, Scooter Brown, wrote “Valor” with Chris Kyle, United States Navy SEAL Veteran and sniper, while at a Base Camp 40 – Warriors In The Wild Veterans hunting retreat in 2012.

“Chris and I wanted to pay homage to all of our military men and women who have fought in combat for our country ,” said Scooter Brown, adding, “It was the belief of both Chris & myself, that no matter if you got a medal or an award for it or not, we all fought with valor.”

“Earlier this year I was introduced by Kevin Fahlund, a mutual friend and current Navy service member, to Scooter at a Chris Kyle Foundation event at Billy Bob’s Texas.  Scooter shared his story with me and then went on stage to sing Valor. I knew right then, this song needed to be heard by our Armed Forces Bowl audience and even more so it needed to be presented in a light that included those that have given more. Therefore, I decided to have him sing at halftime to our wounded warriors that will be on the field during the singing of Valor.” expressed Brant B. Ringler, Executive Director ESPN

A September release of their debut nationally distributed album, American Son, included  the title-track featuring Country Music Hall of Famer Charlie Daniels.The Scooter Brown Band has been on the road playing for fans around the country with over 150 shows this year, both headlining and opening for iconic acts like the Charlie Daniels Band, Travis Tritt, Lee Roy Parnell and the Marshall Tucker Band.

Previous Sugarland is “Still The Same.”
Next CHRIS YOUNG REFLECTS ON REMARKABLE YEAR