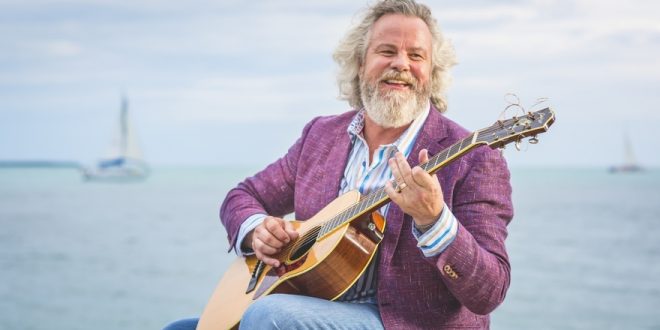 In honor of the 25th anniversary of Robert Earl Keen’s iconic album, Dualtone has released A Bigger Piece of Sky on limited-edition sky-blue vinyl available today.

A breakthrough album for Keen, A Bigger Piece of Sky and its songs, such as “Amarillo Highway,” “Whenever Kindness Fails,” and “Corpus Christi Bay” are mainstays of his live set.

This eclectic and career-changing record was described by Los Angeles Times back in 1993 as an album with a “good mix of moods and styles, ranging from the wind-swept portents of ‘Here in Arkansas’ to the blithe, jazzy swing of ‘Daddy Had a Buick.’”

Now in 2018, the album still holds true when reviewed by Sputnik Music, “A Bigger Piece of Sky finds Keen at his most assured, as well as his most expansive, touching upon a dizzying array of country styles with a boldness that speaks to his many strengths as a songwriter.”

Robert Earl Keen will be celebrating the reissue on the road including dates with Lyle Lovett and George Strait, which extend through the end of the year with his anticipated Christmas shows. With 19 albums to his name, Keen shows no signs of slowing down.

Music editor for Nashville.com. Jerry Holthouse is a content writer, songwriter and a graphic designer. He owns and runs Holthouse Creative, a full service creative agency. He is an avid outdoorsman and a lover of everything music. You can contact him at JerryHolthouse@Nashville.com
Previous Bastian Baker Returns To U.S. To Resume Tour
Next JP Saxe At The High Watt On November 29