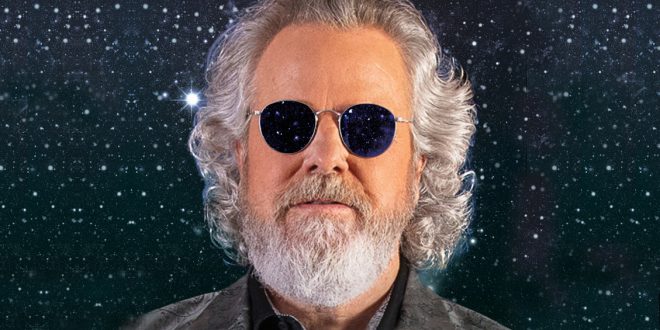 Robert Earl Keen announced the launch of his eighth annual Christmas show and as always he’s planned a stop at the Ryman on 12/29.

In honor of the 50th anniversary of the Apollo 11 moon landing, Keen’s theme for this year’s tour is COUNTDOWN TO CHRISTMAS: Lunar Tunes & Looney Times. He and his band will pay homage to the space race and all things celestial in an out-of-this-world evening of family holiday fun. “This show will turn on the psychedelactic jukebox and light up the tree of tranquility!” Keen adds. “The countdown begins now!” In T-minus 122 days and counting, concertgoers will blast off with Keen’s classic “Merry Christmas from the Family,” fan favorites, and unearthly covers from his band members. Ground Control reminds fans to grab their tickets before this lunar expedition sells out.

Music editor for Nashville.com. Jerry Holthouse is a content writer, songwriter and a graphic designer. He owns and runs Holthouse Creative, a full service creative agency. He is an avid outdoorsman and a lover of everything music. You can contact him at JerryHolthouse@Nashville.com
Previous WATCH: North Mississippi Allstars Premiere “Up and Rolling”
Next The Scooter Brown Band Makes Their Opry Debut