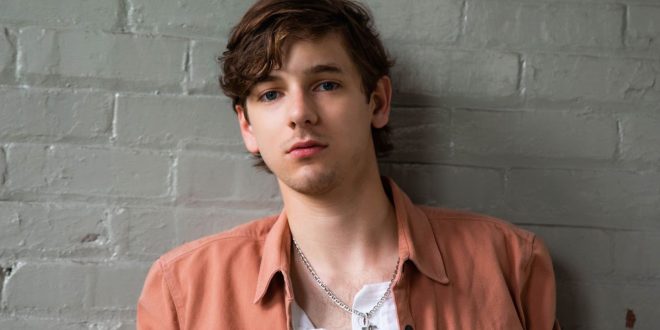 Today, William Beckmann announced his new EP Faded Memories will release on April 29. Along with the announcement, he shares the new single “Follow,” written by Nashville hit writer, Eric Paslay, Daniel Tashian and Marc Beeson. The song was featured this morning at Outsider, who Beckmann recently spoke with about his Texas roots and the upcoming EP. Listen above.

“‘Follow’ really caught my attention because of the message in the chorus,” explains Beckmann. “It talks about loving someone who is constantly traveling but not letting the distance get in the way of making it work. As a musician who is always on the road, I relate a lot to that situation.” He continues, “I’ve been a fan of Eric Paslay’s songwriting for a long time and fortunate enough to write with him so I knew I had to put my own spin on this song when I heard it.”

William Beckmann delivers a blend of vintage country, Americana and Latin music, with a timeless baritone and an old soul maturity that belies his youth. Born and raised in the small border town of Del Rio, TX, Beckmann comes from a long line of cattle ranchers, but he always found himself more drawn to singing about cowboys than becoming one. After capturing the attention of elder statesmen like Randy Rogers and fellow Del Rio native Radney Foster, he relocated to Nashville, where he recorded his 2018 debut Outskirts of Town and signed a publishing deal with Warner Chappell.

The Texas crooner has continued his rise in 2021, touring with Rogers, Parker McCollum and Wade Bowen while releasing several new tracks, including the slow-burn single “Bourbon Whiskey” and a mesmerizing cover of Bruce Springsteen’s “I’m On Fire.” His song “In The Dark” was hailed by CMT, who praised the way he “delves into the anguish, confusion and mystery left in the wake of a fizzled romance.” Beckmann has amassed an incredible fanbase, independently garnering more 450,000 followers on TikTok and over 1 million streams of his songs.

Music editor for Nashville.com. Jerry Holthouse is a content writer, songwriter and a graphic designer. He owns and runs Holthouse Creative, a full service creative agency. He is an avid outdoorsman and a lover of everything music. You can contact him at JerryHolthouse@Nashville.com
Previous Johnny Dailey Signs With Endurance Music Group
Next Eric Church To Open 6-Story Honky-Tonk In Nashville