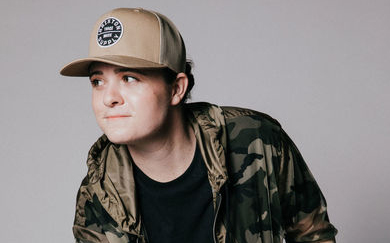 Music Row “Discovery Artist of the Year” nominee Lily Rose just released her new song “Know My Way Around,” Penned by Rose, Julian Bunetta (One Direction, Jason Derulo and Thomas Rhett) and Savana Santos, “Know My Way Around” captures the adventurous feeling of a new fling she wants to get to know. Released via Big Loud Records / Back Blocks Music and Republic Records, the new release is accompanied by a lyric video that goes behind-the-scenes of the song recorded at Ocean Way Nashville.

The singer explores the curious feeling of meeting someone for the first time. Naming the things she knows like the back of her hand – from every backroad in her hometown, how to play guitar to having a good time – the one thing that’s missing is someone new that caught her eye.

“We knew it was special the day we wrote ‘Know My Way Around.’ There’s something so hooky about that chorus and the beat that draws you right in,” shares Rose. “Hell, I listen to the song nonstop like it’s not my own!”

“Know My Way Around” marks the fourth label release from the singer who has notched 57M on-demand streams. Rose is gearing up to join Chris Lane’s FILL THEM BOOTS TOUR this fall.

Music editor for Nashville.com. Jerry Holthouse is a content writer, songwriter and a graphic designer. He owns and runs Holthouse Creative, a full service creative agency. He is an avid outdoorsman and a lover of everything music. You can contact him at JerryHolthouse@Nashville.com
Previous LISTEN: Dwain Messer Releases “Cowboys and Rednecks Like Me”
Next “The Charlie Daniels Podcast” Launches August 6th