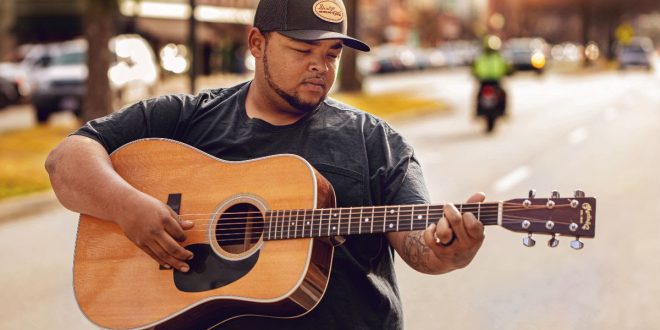 Following his debut songs “You Got A Small Town” and “Baby I Am,” fast-rising star Dalton Dover readies fans for standout year in Country music, earning a spot on Spotify’s Hot Country 2022 Artists to Watch and continuing the Georgia-native’s momentum from notable playlisting, critical acclaim and attention from fellow artists in 2021.

“The way listeners have embraced ‘You Got A Small Town’ and ‘Baby I Am’ changed my life,” shares Dover. “I’m so grateful to the fans I gained throughout 2021, and I’m looking forward to sharing more new music with those who’ve followed my musical journey so far and for those who haven’t heard me yet. I think last year was about finding my footing and my team, and this year, it’s all about keeping that drive and to continue growing as an artist.”

“Dalton has one of the smoothest voices I’ve ever heard,” adds producer Mat McVaney (McV) of the now 23-year-old singer/songwriter. “I’ve always wanted to find an artist that can walk into a room with just a guitar and just blow them away. Dalton has that it-factor along with an incredible personality and real love of Country music. He’s the real deal.”

Released via industry vet Jim Catino’s Droptine Recordings and managed by Charly Salvatore of Underscore Works, Dover hit the ground running with “You Got A Small Town,” as Billboard praises “the song’s tale is lifted by blazing guitar lines and Dover’s soaring vocals, transforming the track into a smoky love letter to small towns,” while MusicRow lauds Dover “displays impressive range and volume on this salute to rural roots,” calling it “an impressive debut, reminiscent of the titanic Luke Combs.”

Along with naming Dover a “Country Next: Artist to Watch in 2022,” Country Now dubbed “You Got A Small Town” as “a single that blends Jason Aldean-esque heavy guitars with smooth vocals that showcase ‘90s country inspirations like Joe Diffie and Rhett Akins,” with the track finding a home on Spotify’s Hot Country, Breakout Country, American Made, Fresh Finds Country: Best of 2021 and RADAR Country, while “Baby I Am” landed on Spotify’s New Boots and Fresh Finds, along with Apple Music’s Country Risers, 5th Gear, Soundcheck and New in Country.

Dover, with the help of his wife Faith, created a popular series for his nearly 485K followers on TikTok called #CatchMeOffGuard, with his first medley garnering over 4 million views and gaining him early praise from the likes of Jimmie Allen, Luke Combs, Kidd G and Kameron Marlowe.

“We were sitting at the house on a Friday night and Faith started tossing out songs for me to sing and she happened to be filming it,” Dover elaborates. “It’s now one of our favorite things to do, toss out songs we love from artists we admire and see how we can mash them up with the music I’ve been creating.”

Music editor for Nashville.com. Jerry Holthouse is a content writer, songwriter and a graphic designer. He owns and runs Holthouse Creative, a full service creative agency. He is an avid outdoorsman and a lover of everything music. You can contact him at JerryHolthouse@Nashville.com
Previous Radio And Television Broadcaster Ralph Emery Passes
Next Darryl Worley To Headline “Performers for Paws”