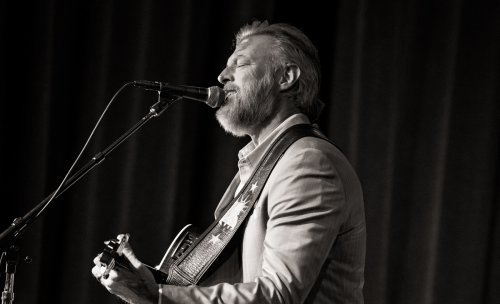 Country singer Darryl Worley’s next live concert is going to the dogs! On January 25 at The Nashville Palace, Worley will headline “Performers for Paws,” a special event benefiting Project K-9 Hero, a non-profit organization that supports retired police K-9s and military working dogs.

“It’s always an honor to help those who serve our country, its people and our furry heroes,” says Worley. “I hope we can blow it out for Paws.”

“’Performers for Paws’ is a charity event that directly helps fund the retirements of our nation’s police K-9s and military working dogs,” says Project K-9 Hero founder Jason Johnson. “Our non-profit specifically assists those that have significant medical needs, or require rehabilitation and rehoming. We are so excited to host this charity event as it will help us make a direct impact on the retired K-9 heroes we serve. Come on out and join us as we help honor our nation’s retired working dogs and raise money to protect those that protected us.”

The event, in partnership with the Leaving Legacies Foundation, will include a virtual and live auction, as well as special appearances by furry friends K-9 Klara, K-9 Yoube, K-9 Mattis, K-9 Dean, K-9 Rip, and K-9 Grim.

Music editor for Nashville.com. Jerry Holthouse is a content writer, songwriter and a graphic designer. He owns and runs Holthouse Creative, a full service creative agency. He is an avid outdoorsman and a lover of everything music. You can contact him at JerryHolthouse@Nashville.com
Previous Rising Star Dalton Dover Getting Noticed
Next LISTEN: Brian Macdonald Of Judah & the Lion, “Many Moons”