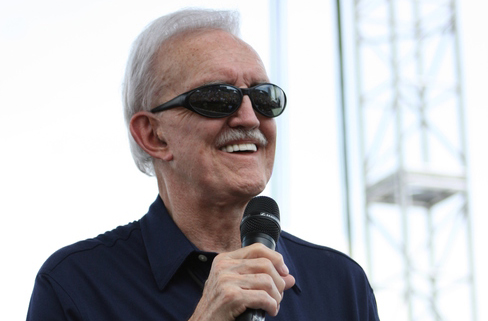 Ralph Emery, a nationally renowned radio and television broadcaster and best-selling author who became one of Country Music’s most well-known figures, passed away today, Saturday, January 15. He was 88.

“Ralph Emery was often better known than the stars he introduced to larger and larger audiences over the years as Country Music’s foremost ambassador. Our format had no better voice over the years than Ralph, who treated Country Music and its stars – many of whom went on to become his friend – with the kind of dignity and respect they deserved for decades. As a Country Music Hall of Famer, he will be remembered among so many of the artists he supported throughout his career. On a personal note, I worked with Ralph for many years, and I always looked forward to his lively stories when we sat down for lunch. My thoughts are with his family today.”
– Sarah Trahern, Country Music Association CEO

“Ralph Emery understood artists as human beings, and if Ralph liked you, chances are you were gonna make it in Nashville. I loved him on WSM, and every TV show he ever had on the air.”
-Ronnie Milsap

“Ralph was one of the best friends country music ever had. He loved the music but also brought to life the stories surrounding the singers and the songs through his interviews and TV programs. He really helped take our format into people’s living rooms and broaden the fan base with integrity for the art and humor.”
-John Anderson

“We always loved appearing on Ralph’s TV show. One of my favorite memories of him was interviewing Toy Caldwell. He always wanted him to sing ‘This Ole Cowboy.’ The lyrics say, ‘This won’t be the first time this ole cowboy spent the night alone.’ Now, Ralph will never be alone. Today and for eternity. May God bless you!”
-Doug Gray, The Marshall Tucker Band

Music editor for Nashville.com. Jerry Holthouse is a content writer, songwriter and a graphic designer. He owns and runs Holthouse Creative, a full service creative agency. He is an avid outdoorsman and a lover of everything music. You can contact him at JerryHolthouse@Nashville.com
Previous UPDATE: 4th Annual “For Pete’s Sake” Benefit cancelled
Next Rising Star Dalton Dover Getting Noticed