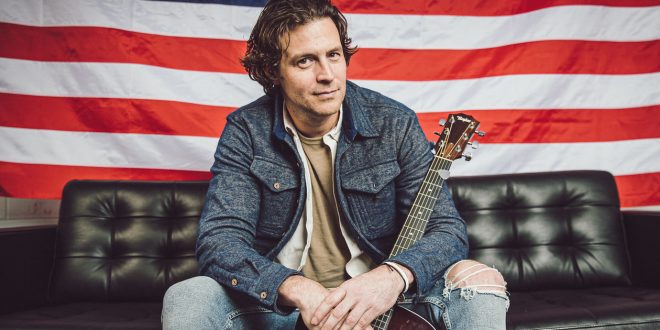 All aboard the “Struggle Bus!” Clayton Anderson’s newest single is a head-banging country anthem about the nights that inspire us to live life to the fullest and the slow-moving mornings that are sure to follow. Releasing on May 8th, “Struggle Bus” offers its own kind of musical hangover cure: a cocktail of bright pop hooks, a killer chorus, a little banjo, and the roll-up-your-sleeves swagger of Clayton’s midwestern roots.

“I try to bring the old-school to the new school,” sings Clayton, who co-wrote the song with Bryce Fox and Daniel Webber. Raised in southern Indiana, Clayton grew up listening to John Mellencamp, Bob Seger, and other blue-collar icons who made modern music rooted in the ideals of small-town America. Now living in Nashville, Clayton strikes the same balance with his own music. “Struggle Bus” is a country song for the modern world, but there’s something undeniably classic about Clayton’s approach. You can take the songwriter out of the Midwest, after all, but you can’t take the Midwest out of the songwriter.

Clayton has been keeping things positive ever since he began writing songs and playing fraternity parties as a student at Indiana University. Since then, a strong work ethic and relentless touring schedule have enabled him to perform in front of ever-increasing crowds — including the audience of 40,000 people who showed up to watch him opening for Zac Brown Band at the Indy 500. Even so, the Indiana native hasn’t forgotten where he came from. It was during an acoustic performance at an Indiana University sorority that Clayton played “Struggle Bus” for the first time, and the crowd’s enthusiastic reaction inspired him.

“I was starting to question if I was doing the right thing anymore, and if I should just give up on this music dream,” he admits. “But that day changed my thinking. It literally pulled me off the struggle bus I was currently riding.”

A cheery song for strange times, “Struggle Bus” also encourages its listeners to take control of the wheel and steer themselves into a better headspace.

“Hop on the struggle bus to realize that life will not be perfect,” Clayton recommends. “Then, hop off at the first stop you come to that provides the opportunity for you to get out of your comfort zone to strive for success.”

Music editor for Nashville.com. Jerry Holthouse is a content writer, songwriter and a graphic designer. He owns and runs Holthouse Creative, a full service creative agency. He is an avid outdoorsman and a lover of everything music. You can contact him at JerryHolthouse@Nashville.com
Previous WATCH: The Belles, “My Mother’s Daughter”
Next Al David – Nashville.com Picks