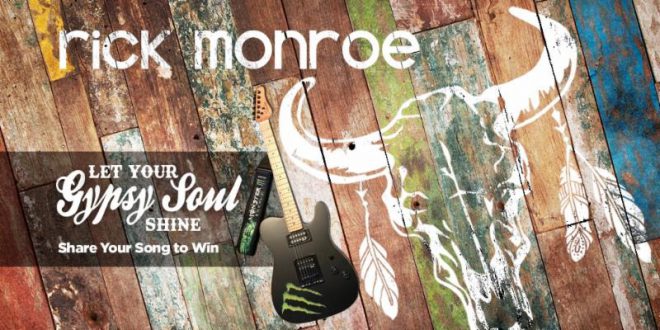 Singer/songwriter Rick Monroe invites fans to sing from their “Gypsy Soul,” via a contest that launches today on Facebook.  Entrants have until November 13 to film their own version of Rick’s signature tune, post the video to Monroe’s Facebook page and then solicit “likes.”  The entrant with the most “likes” wins the contest.  Contest rules are explained in a YouTube video; fans can get a free download of “Gypsy Soul” by texting “Rick” to 38470, or by clicking HERE.  Lyrics are available on Monroe’s FB page and website.

The grand prize is a Monster-branded Schecter Electric Guitar, and additional prizes include Westone Audio UMPRO 30 in-ear monitors, a Rip Tide Ukulele from World Music Nashville, a custom Gypsy Soul ring from Speakeasy Original Jewelry, a box of Medium Acoustic Strings and t-shirt from GHS Strings, a Shubb Capo and t-shirt, and a Camo Soft cooler, hat, t-shirt and license plate from Banded.com.  The contest, presented in conjunction with Evok Advertising & Marketing, runs today through November 13, and winners will be announced on November 20.  “Gypsy Soul” is the title track of Rick’s current EP, which can be purchased from iTunes.

Rick toured heavily this year, entertaining fans with the sultry Billboard hit, “This Side of You,” and other songs from his GYPSY SOUL EP.  He also revisited tunes from his previous project, IT’S A LOVE THING, including his previous Billboard hit “Great Minds Drink Alike.”  Monroe made time to participate in several charity events, including a July house build for the Murfreesboro, Tennessee chapter of Habitat For Humanity.  He also played in the annual Team Gamez golf tournament supporting The Boys and Girls Club, performed at a fundraiser for Folds Of Honor during The Masters Golf Tournament in Augusta, Georgia, and participated in the Hike for the Homeless, benefitting Safe Haven Family Shelter, Middle Tennessee’s only shelter-to-housing program for families. 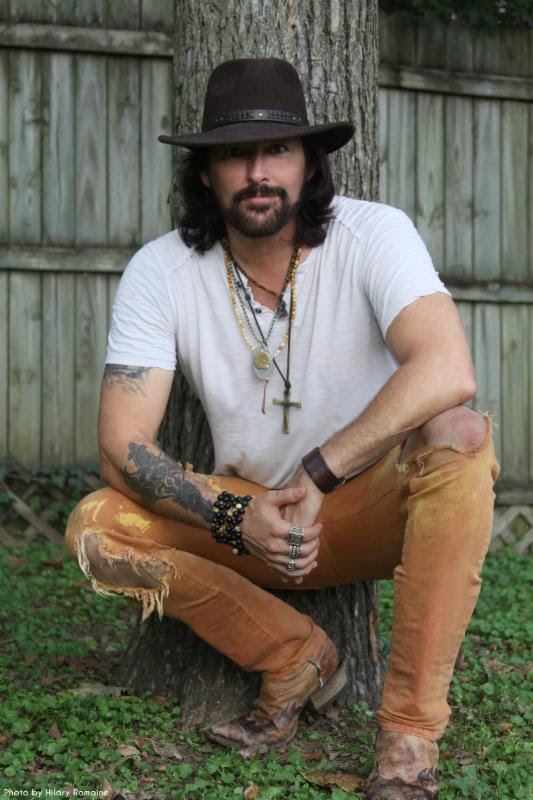