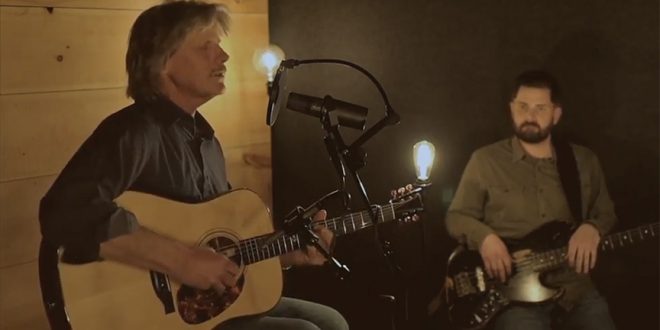 Richard Bennett just unveiled his brand new single, “Fly.” The stand-alone recording serves as Bennett’s first solo material since 2017. Released via Bonfire Music Group, the song was written by Bennett, as a tribute to both Steve Gulley and Tony Rice. Also featured on “Fly” are Shawn Lane, Grayson Lane and Ethan Burkhardt. (Listen above)

“This song is dedicated in memory of Steve (Gulley) and Tony (Rice),” says Richard Bennett. “Thank you both for all you gave. we were all very blessed beyond measure with your friendship and incredible music.”

Bennett began writing “Fly” last fall as a tribute to the late Steve Gulley. Feeling inspired, he put pen to paper, but couldn’t get the song quite how he wanted it. It was at the very end of December when it was announced that the innovative Bluegrass icon Tony Rice had also passed away. The tragic and sudden loss of another friend is what led Bennett to add on another verse, finalizing the single the way he wanted it. The end result is a powerful track that talks about flying to Heaven’s home. Bluegrass Today gave viewers an exclusive first-look at the video, which was shot during the recording process.

Over the years, Bennett has established himself as one of the top singer/songwriters in the Roots music world. In addition to performing alongside Grammy-nominated band J.D. Crowe and The New South, the east Tennessee native has also toured with artists like Bobby Osborne, where he made numerous appearances at the iconic Grand Ole Opry. He’s also played with Mike Auldridge and Jimmy Gaudreau, while also fronting his own shows. In addition to also releasing occasional music alongside longtime collaborator Shawn Lane, Richard Bennett is also a member of the critically-acclaimed band Flashback.

The track is available for download and streaming HERE.

Music editor for Nashville.com. Jerry Holthouse is a content writer, songwriter and a graphic designer. He owns and runs Holthouse Creative, a full service creative agency. He is an avid outdoorsman and a lover of everything music. You can contact him at JerryHolthouse@Nashville.com
Previous Luke Bryan Receives 2021 Artist Humanitarian Award At CRS
Next Ashley McBryde Completes “Live” EP