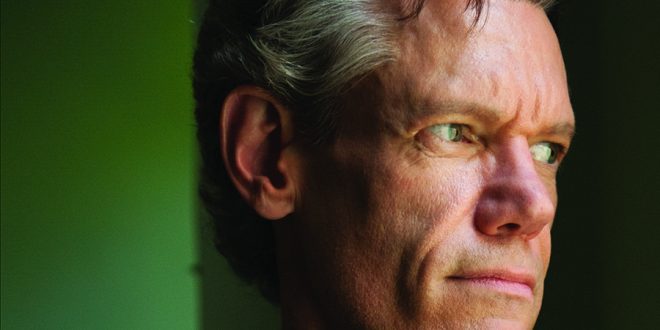 In the midst of promoting his memoir, Forever and Ever, Amen, Randy Travis gives fans a reason to celebrate with his first music release in six years. “One In A Row”, is a song about missing someone as much as the world has missed the Country Music Hall of Fame member’s one-of-a-kind baritone since a massive stroke in 2013 affected his ability to perform. The song, penned by Buddy Jewell and Thom McHugh, was recorded years before the stroke but never widely released to audiences.

“Traditional country music was all I wanted to do — it’s all I knew how to do.” – Randy Travis in his memoir, Forever and Ever, Amen: A Memoir of Music, Faith, and Braving the Storms of Life.

Randy’s memoir takes readers behind the music, with candid, never-before-told details, of his troubled youth full of drinking and stealing cars, a tense relationship with his father and the roller coaster ride of more than 40 years in the music and acting industry. With the help of New York Times Best-Selling Author, Ken Abraham, and Travis’ wife Mary, this memoir recounts the singer’s journey of perseverance and redemption from his early childhood memories up until the book was penned, recovering from a life-changing stroke and painful divorce, enjoying the life he was given and learning to “sing a new song.” The book can be purchased at various retailers as well as www.foreverandeveramenbook.com.

Travis will have a booth in Fan Fair X at Music City Center (Booth 142) with books for purchase and daily photo opportunities during the upcoming CMA Fest in Nashville, Tenn., as well as a book tour in select markets. For more information about Forever and Ever, Amen, the tour and Randy Travis, please visit www.RandyTravis.com.

Music editor for Nashville.com. Jerry Holthouse is a content writer, songwriter and a graphic designer. He owns and runs Holthouse Creative, a full service creative agency. He is an avid outdoorsman and a lover of everything music. You can contact him at JerryHolthouse@Nashville.com
Previous CMA Fest Announces Eric Church as Additional Performer at Nissan Stadium
Next James Wesley Releases Lyric Video For “Running”