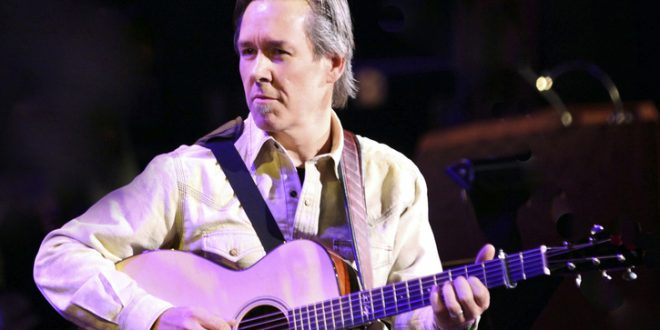 The For Pete’s Sake benefit scheduled for this Sunday, January 23 at The City Winery, has been cancelled. Tickets will be refunded. The date for next year’s event will be announced in June.

Huttlinger was a world-renowned guitarist and composer based in Nashville. His wicked chops and huge sense of humor garnered him international audiences. Throughout his life and career, Huttlinger dealt with rare complications from a congenitally defective heart, and on January 15, 2016 he passed away at the young age of 54. Pete was admired by many of his peers and many of them will be on stage for this event.

The fund was created by Huttlinger’s wife, Nashville publicist Erin Morris Huttlinger, and his long-time cardiologist Dr. Frank Fish. “This fund was launched not long after Pete passed away,” Erin commented. So many of his fans followed us through several years of health issues and they were always eager to offer of themselves emotionally and financially. I wanted to create a home where those donations could be directed and put to a very specific use. Pete was an incredibly generous guy and often gave of his time and money. I know that he would want to give back to help further research for treatments of an affliction that plagued him since birth.”

Music editor for Nashville.com. Jerry Holthouse is a content writer, songwriter and a graphic designer. He owns and runs Holthouse Creative, a full service creative agency. He is an avid outdoorsman and a lover of everything music. You can contact him at JerryHolthouse@Nashville.com
Previous The Wooks Are “Flyin’ High” And Coming Back To Nashville
Next Radio And Television Broadcaster Ralph Emery Passes