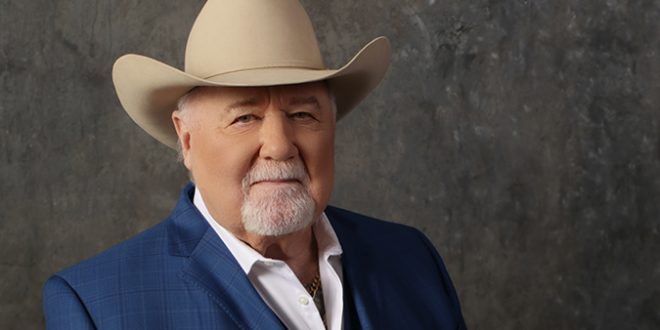 At 74, most performers would be slowing down but not Country Music legend Johnny Lee. In 1980 the movie Urban Cowboy made Country music popularity explode and Johnny Lee’s song “Lookin’ For Love” was in the right place at the right time to find it’s way on that sound track. It catapulted Lee to fame and won him a Grammy. Lee went on to have 17 top 40 country hits and in these troubled times it looks like Lee’s timing is perfect again in releasing his first album in 5 years, ‘Everything’s Gonna Be Alright’ on February 12. Lee wrote or co-wrote many of the 14 songs on the album and co-produced it with Buddy Hyatt. The legendary singer took some time to tell Nashville.com about the new project.

The title track is a heart warming, up-lifting song that truly makes you feel like “Everything’s Gonna Be Alright,” and in today’s divided world the timing couldn’t be better. “Sawing on a fiddle” is an energetic story song Lee wrote and he said it was inspired by a passage in a book he was reading about the Dalton Gang. He wrote the last verse on the spot in the studio at recording time. “Megan Mullins played the fiddle on that too, I love her man, she’s great” Lee added. Track 2 is Lee reciting the Pledge of Alligence. “I wanted that to be the first thing you heard on the record but it fits where it’s at you know. I just wanted to do something for our country” said Lee.

Willie Nelson makes a guest appearance on the record playing guitar on “Did You Enjoy Hurting Me.” “I wrote that song a long time ago” Lee explained “when I was singing at Gilleys and I wanted to write something for Willie to sing. I sang it in the house band there but I never had recorded it. But I said what the heck and recorded it and I called Willie and asked him if he’d play guitar on there he said yeah. I’m really proud of that one.

There a bonus track on the album, “My Father’s Daughter” sung by Lee’s Daughter Cherish Lee. Cherish, whose mother is Charlene Tilton wrote the song for her father and you could see the pride in Lee’s eyes when he was talking about it. “Every time I get pissed off at Cherish, I listen to that song and I can’t be mad at her any more. She wrote that song about me. She called me up and started asking me a bunch of questions about when I was in the military and in Viet Nam. I didn’t know at the time she was writing a song about me. It’s really a good song.

Lee also wrote “Annie,” which is premiering exclusively right here on Nashville.com today (listen above) and we asked him to tell us a little bit about how that song came about. “Well, we were playing at the “Palamino Club that night, me and Mickey (Gilley) and they had ropes on each side going up to the stage and security walked us to the stage and walked us back. After the show I saw this girl standing on the other side of the ropes and she had corn rows in her hair. I looked at her and she was really smiling and I reached out and grabbed her and pulled her underneath the ropes and took her back stage with me. I found out she was a singer/songwriter and I wanted to take her to Nashville with me but we had to leave that night on a redeye special. I promised her I was going write her a song and I wrote the song that night on the way back to Texas on the airplane.

‘Everything’s Gonna Be Alright’ is classic Johnny Lee from front to back and there’s not a bad track on the album. Lee will be Playing the San Antonio Rodeo February 20th and plans to tour the country in support of ‘Everything’s Gonna Be Alright’ as soon as Covid permits. “I’m gonna do this ’til I die” Lee added. Let’s hope Nashville is one of those stops.
–Jerry Holthouse

Music editor for Nashville.com. Jerry Holthouse is a content writer, songwriter and a graphic designer. He owns and runs Holthouse Creative, a full service creative agency. He is an avid outdoorsman and a lover of everything music. You can contact him at JerryHolthouse@Nashville.com
Previous Rhonda Vincent Inducted As Member Of The Grand Ole Opry
Next Win A Guitar, Help A Good Cause