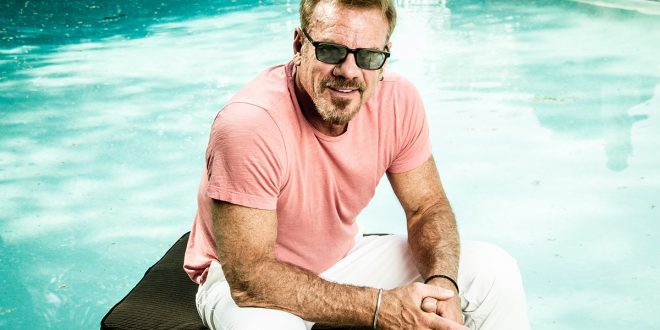 After returning stateside from a multi-city U.K. tour, Phil released his new single “Fall Crazy” and is touring coast to coast this summer performing his fan-favorite hits in U.S. and Canada on the “Crank Up the Sun” tour, with additional dates just announced. To buy tickets, click HERE.

Phil taps into his audiences for song requests throughout his more than 135 shows a year instead of using a set list. Phil’s reign of signature songs include 10 No. 1 singles and 26 Top 40 hits, including “Carlene,” “Just Another Day in Paradise,” “Six-Pack Summer,” “That’s When I Love You” and many more. Phil was racking up hits on the radio long before he even began his own recording career that has seen the release of six albums, two ASCAP Songwriter of the Year trophies, ACM’s Top New Male Vocalist and sold-out shows across the country.

Music editor for Nashville.com. Jerry Holthouse is a content writer, songwriter and a graphic designer. He owns and runs Holthouse Creative, a full service creative agency. He is an avid outdoorsman and a lover of everything music. You can contact him at JerryHolthouse@Nashville.com
Previous Billy Ray Cyrus Releases “The Goddess of Democracy”
Next Crystal Shawanda Trades Country For Blues