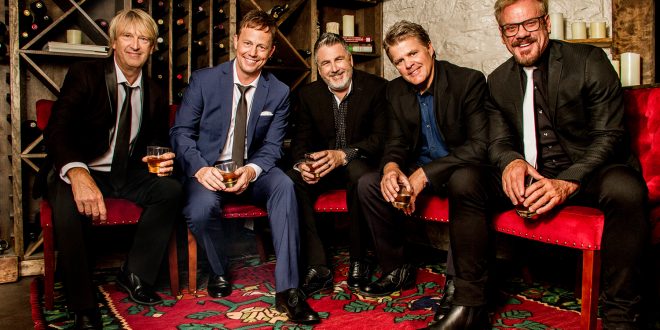 Phil Vassar & Lonestar Set For “The Not So Silent Night Tour.”

The stars are shining bright this holiday season as country music hitmakers Phil Vassar and Lonestar announce “The Not So Silent Night Tour.” To celebrate, Vassar and Lonestar are releasing their Christmas single, “Not So Silent Night,” on Nov. 2 with a music video to follow. In true holiday spirit, the fan-favorite acts will support The Salvation Army with their tour and single release. The tour will roll through Nashville with a stop at the Wildhorse Saloon on Dec. 2.

All proceeds from the single will benefit The Salvation Army, which assists more than 4.5 million people during the Thanksgiving and Christmas time periods. The Salvation Army red kettle bells, a 127-year-old Christmas tradition, will be present at venues throughout “The Not So Silent Night Tour.”

The 10-plus city tour kicks off in Biloxi, Miss. on Nov. 30 (full list of dates available below). Throughout each show, audiences will have the chance to hear Christmas standards, non-traditional holiday tunes as well as the artists’ hits. One lucky fan in each city will be chosen to join the men onstage for a special Christmas collaboration (details to follow). Fans can also purchase a VIP experience add-on that includes a meet and greet with Vassar and Lonestar, signed poster and special keepsake.

“After years of being friends with Phil and being a fan of his talent as well, we are truly excited to go on this Christmas tour and share the stage with him,” expressed Lonestar. “Fans should get ready for a lot of laughs, great music and of course a ‘Not So Silent Night!'”

Lonestar, comprised of Richie McDonald, Michael Britt, Keech Rainwater and Dean Sams, released their first Christmas album, This Christmas Time, in 2000. The ACM and CMA award-winning group recorded 11 songs for the Dan Huff produced project, which featured new material such as the title track co-written by Sams and the touching “Reason For The Season” co-written by McDonald.
“I’ve known these guys forever, and we’re going to have a blast on the road performing for our fans. It’s even more meaningful that we’re getting into the Christmas spirit and giving back to The Salvation Army – that’s what it’s all about,” shared Vassar.

Vassar, who has headlined Christmas tours since 2009, released his first Christmas album, Noel, in 2011. The ten-track collection, co-produced by Vassar and Dane Bryan, showcases four of the ACM award-winning and ASCAP Songwriter of the Year’s original songs, including the humorous “Santa’s Gone Hollywood” and “Big Ol’ Texas Christmas,” a duet with Asleep at the Wheel’s Ray Benson. Last Christmas season, he and Kellie Pickler headlined a sold-out holiday tour.

Music editor for Nashville.com. Jerry Holthouse is a content writer, songwriter and a graphic designer. He owns and runs Holthouse Creative, a full service creative agency. He is an avid outdoorsman and a lover of everything music. You can contact him at JerryHolthouse@Nashville.com
Previous Brett Young’s “Ticket To L.A.” Set to Drop December 7th
Next Luke Bryan Rocks 30,000 On Broadway