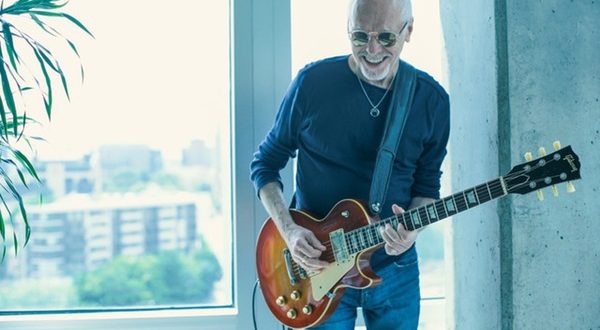 Do You Feel Like I Do?: A Memoir, the story of former Nashvillian Peter Frampton’s life and career told in his own words, is now available in paperback. Written with music journalist Alan Light, the book debuted on The New York Times Bestseller list. In his memoir, Frampton shares stories of his diverse collaborative work and reveals both the blessing and curse of his record-breaking album Frampton Comes Alive!. He opens up about his experience grappling with fame at a young age and how he continues to play despite an inflammatory muscle disease. Woven throughout is the story of his favorite guitar, The Phenix, which he thought he’d lost in a plane crash in 1980 but reappeared in 2011, saved from the wreckage. Frampton remembers his enduring friendship with David Bowie, beginning as schoolmates, then playing together on the Glass Spider Tour, and shares stories of his work with George Harrison, Harry Nilsson, Stevie Wonder, B.B. King, Jerry Lee Lewis, Bill Wyman, Ringo Starr, and members of Pearl Jam.

Moreover, Frampton will partner with Reverb—the largest online marketplace dedicated to buying and selling new, used, and vintage musical instruments—to sell a collection of music gear used throughout his career. Beginning on October 13, The Official Peter Frampton Reverb Shop will include guitars, effects pedals, and amps used on his albums and tours throughout his decades-long career.

Frampton explains, “I’ve over-collected, and while I’m sad to part with some of these instruments, I’m excited to hear how a new crop of musicians might use and cherish this gear.”

At 18, Frampton co-founded one of the first supergroups, Humble Pie. By 22, he was touring incessantly and making use of the talk box which would become his signature guitar effect. In 2014 he was inducted into the Musicians Hall of Fame. His 1976 album, Frampton Comes Alive! remains one of the top-selling live records of all time and was inducted into the Grammy Hall of Fame last year.

Music editor for Nashville.com. Jerry Holthouse is a content writer, songwriter and a graphic designer. He owns and runs Holthouse Creative, a full service creative agency. He is an avid outdoorsman and a lover of everything music. You can contact him at JerryHolthouse@Nashville.com
Previous O.N.E Premieres Documentary Short & Music Video At Nashville Film Festival
Next Rosanne Cash Named NYU/Americana Artist-in-Residence