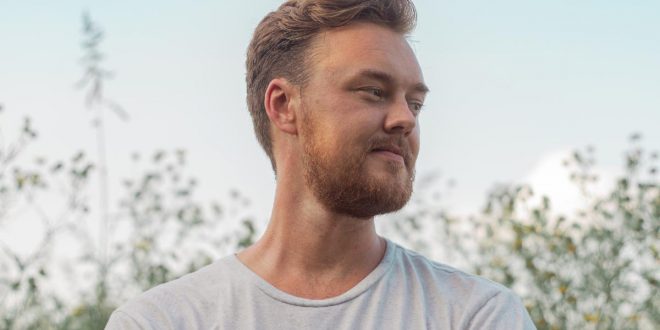 Singer-songwriter Parker Millsap starts his new tour tomorrow in support of his latest album, Be Here Instead. The tour will make a stop at the Basement East in Nashville, TN, on 10/16 East with Molly Parden.

Millsap’s fifth studio LP and first new album in close to three years, Be Here Instead marks a stylistic shift from the gritty and high-energy folk of the Oklahoma-bred, Nashville-based artist’s previous output. Mainly recorded live with Millsap’s full band, the album sees a departure from the guitar-and-notebook-based approach to songwriting that shaped his earlier work. Instead, Millsap has followed his curiosity to countless other modes of expression, experimenting with everything from piano to effects pedals to old school drum machines (a fascination partly inspired by the early-’70s innovations of Sly Stone and J.J. Cale).

Be Here Instead was produced by the legendary John Agnello. The song – which features guest vocals from Nashville singer Erin Rae – was also joined by a video, streaming now at YouTube. “The Real Thing” was met with a lot of excitement at radio, peaking at #1 on the Americana chart and sitting in the top 5 for 13 weeks. In February, Millsap returned with the song ” Vulnerable ,” a lushly textured piece of psychedelic soul threaded with elegantly simple wisdom. The song was joined by a companion video directed by Casey Pierce. He then released “ Dammit ,” one of the album’s most majestic moments as it unfolds as an unlikely epic that perfectly captures the nuances of existential frustration while working up a furious momentum that’s nothing less than exhilarating. It was also joined by an official music video.

Music editor for Nashville.com. Jerry Holthouse is a content writer, songwriter and a graphic designer. He owns and runs Holthouse Creative, a full service creative agency. He is an avid outdoorsman and a lover of everything music. You can contact him at JerryHolthouse@Nashville.com
Previous LISTEN: Jackson+Sellers Debut Their New Song “Hush”
Next AMERICANAFEST: New Additions Complete Lineup Of 200+ Acts