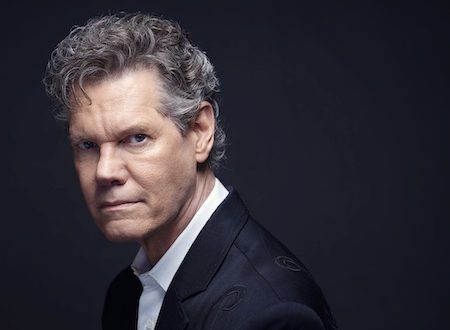 Randy Travis continues to deliver to his fans with a new single from the Warner Archives, “Lead Me Home.” In true Travis style, he takes his traditional country roots and combines them with bluegrass influences. Following “One in a Row,” this is one of a select few singles to be released since a massive stroke in 2013, which has affected his ability to perform.

“Lead Me Home” was recorded years before the stroke but was never widely released to audiences, only offered as an exclusive on iTunes. In the song, Travis sings about how he needs the love of a woman, surely singing with his wife, Mary, in mind.

“Mary was having to make life-or-death decisions about my situation all on her own, trusting God to guide her,” said Randy Travis in his memoir, Forever and Ever, Amen: A Memoir of Music, Faith, and Braving the Storms of Life.

Travis’ memoir recently won AudioFile Magazine’s coveted “Earphones Award” for the audiobook narration by Rory Feek. The award is given out monthly to “titles that excel in narrative voice and style, characterizations, suitability to audio, and enhancement of the text.” The memoir takes readers behind the music, with candid, never-before-told details, of his troubled youth full of drinking and stealing cars, a tense relationship with his father and the rollercoaster ride of more than 40 years in the music and acting industry. With the help of New York Times Best-Selling Author, Ken Abraham, and Travis’ wife Mary, this memoir recounts the singer’s journey of perseverance and redemption from his early childhood memories up until the book was penned, recovering from a life-changing stroke and painful divorce, enjoying the life he was given and learning to “sing a new song.” The book can be purchased at various retailers as well as www.foreverandeveramenbook.com.

Music editor for Nashville.com. Jerry Holthouse is a content writer, songwriter and a graphic designer. He owns and runs Holthouse Creative, a full service creative agency. He is an avid outdoorsman and a lover of everything music. You can contact him at JerryHolthouse@Nashville.com
Previous Hunter Hayes Talks About “Wild Blue (Part I)”
Next Rodney Crowell Joins LR Baggs Presents Series