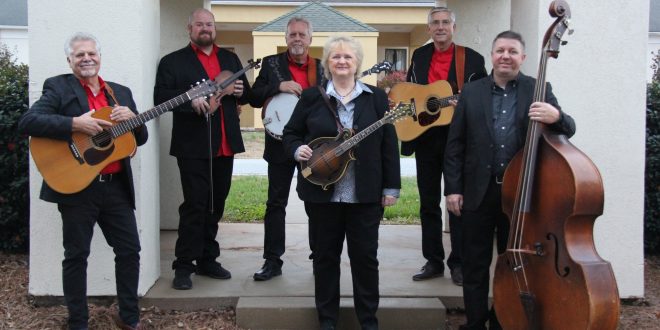 “We were recording this project and then a pandemic came along. It caused us to not be able to get back in the studio, so some of the recordings were done in a unique way,” says Lorraine Jordan. “I’m so proud of the Carolina Road boys and our special guests for their contributions. We really wanted to finish this project because our single, ‘Bill Monroe’s Ol’ Mandolin’ had already climbed the national Bluegrass charts in the Top Five, and landed on several other charts. The request for the entire project has been overwhelming.” 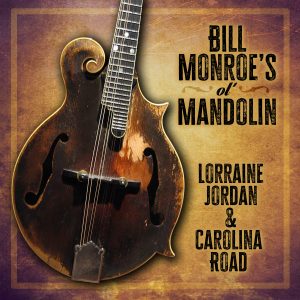 She adds, “After the chart-breaking single on our last project, we knew we had to follow up strong. Once again, David Stewart put the perfect song in our hands and no doubt this single, ‘Bill Monroe’s Ol’ Mandolin’ will be a winner. My good friend, and local Raleigh DJ, Larry Nixon suggested our second single be a banjo tune. He sure wrote us a great one, and my banjo player Ben Greene arranged the banjo parts around it perfectly. ‘They Call It Bluegrass’ is a fantastic second single. Jerry Holthouse has managed once again to put together beautiful cd artwork that complements the music. I lost my mother while working on this project, so I decided to include a song she and I wrote together, ‘Living Like I’m Dying’ and dedicated the entire project to Mom. I’m so proud of everyone. What a team we have!”

The lead single, “Bill Monroe’s Ol’ Mandolin” has already proven to be a breakout success from the album. Released earlier this year, the David Stewart written track has struck a chord with listeners, racing its way to No. 4 on the Bluegrass Unlimited national airplay survey for the month of August, while also recently debuting on Bluegrass Today’s Monthly Airplay Chart. In addition to these chart successes, the track is breaking records elsewhere after hitting No. 1 for an eighth straight week on David Pugh’s Weekly Top 12 chart airing on The Bluegrass Jamboree. The official video for “Bill Monroe’s Ol’ Mandolin” has spread like wildfire, receiving a combined 500,000 views, which tells the story of the night in 2018 when Bill Monroe’s world-famous instrument was played by Ricky Skaggs at the Country Music Hall of Fame at his own induction ceremony.

With the recent announcement of the album’s second single, “They Call It Bluegrass,” the chart-topping band is keeping the momentum rolling. With the lead single focusing on Monroe’s mandolin, the new song is a Scruggs style, banjo driven tune written by disc jockey Larry Nixon. The lyrics tell the story about the formation of the Bluegrass genre when Monroe and Scruggs met, and all the places where it has spread to from that point. Other standout moments on the record include a combination of new material written by “Female Vocalist of the Year” winner Lorraine Jordan (“Living Like I’m Dying” and “Mama Can You Hear That Train”), alongside some epic covers like a remake of George Jones’ “He Stopped Loving Her Today,” Crystal Gayle’s “Ready For The Times To Get Better,” plus a must-hear version of the Oak Ridge Boys hit “Thank God For Kids” written by Country legend and frequent Carolina Road collaborator Eddy Raven.

Bill Monroe’s Ol’ Mandolin serves as the follow-up to the band’s 2018 project True Grass Again, which featured the multi-month No. 1 hit “True Grass” with Danny Paisley and Junior Sisk. Praise for the new record has already started rolling in, with Roots Music Report saying, “The band’s underlying depth is that they have eclectic tastes and the ability to appeal to their large following of fans who like new material presented in an old-styled way,” while Music Row calls the lead single “a big hit” and the Midwest Record says “this organic, back porch set is right on the money delivering a toe tapping good time that gets to you before you know what happened. Solid throughout.”

Music editor for Nashville.com. Jerry Holthouse is a content writer, songwriter and a graphic designer. He owns and runs Holthouse Creative, a full service creative agency. He is an avid outdoorsman and a lover of everything music. You can contact him at JerryHolthouse@Nashville.com
Previous WATCH: Elizabeth Cook’s “Thick Georgia Woman”
Next LISTEN: Tennessee Jet Covers “Pancho & Lefty”