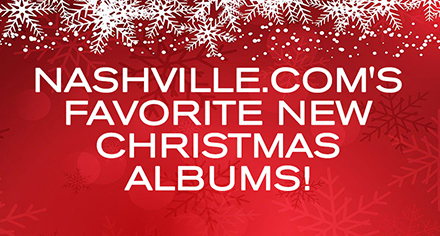 It’s that time of year and yes we know it’s not even Thanksgiving yet but, this is the time when new Christmas albums start coming out and we thought we’d let you know about a few of Nashville.com’s favorites. 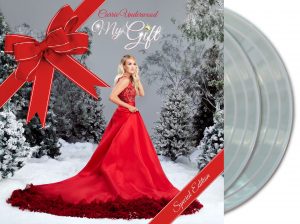 The first is actually a re-release of Carrie Underwood’s critically-acclaimed “My Gift,” her first Christmas which now includes three additional tracks. It debuted #1 on Billboard Country, Christian & Holiday Charts and is now available in crystal clear double vinyl. Produced and arranged by Greg Wells, “My Gift” is a combination of beloved traditional songs celebrating the spiritual nature of Christmas and several originals, including her collaboration with John Legend, “Hallelujah.” Buy the album here. 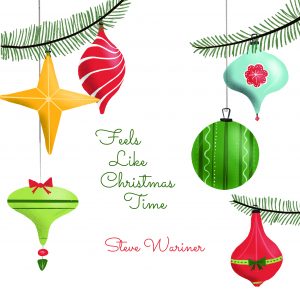 Christmas songs hold a special place in Steve Wariner’s heart as his birthday falls on Christmas Day. “Feels Like Christmas Time” features newly imagined arrangements of Christmas classics including “Silent Night,” “The First Noel” and “It Came Upon a Midnight Clear” as well as six original holiday tunes, all written by Wariner. Buy the album here. 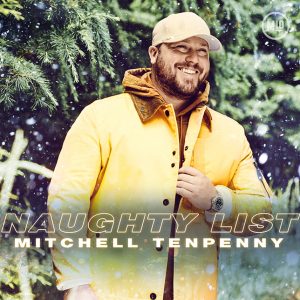 Mitchell Tenpenny is one of the fastest rising stars out there and he’s just released ‘Naughty List.’ “I love everything about the Christmas season,” says Mitchell. “Celebrating and hanging out with family and friends. I hope ‘Naughty List’ will help my fans get into the spirit of the season a little early this year.”

In honor of the album release, Mitchell posted some throwback Christmas photos on Instagram.

Produced by Mitchell, Jordan M. Schmidt and Lindsay Rimes, Naughty List contains all seven songs on Mitchell’s Neon Christmas released in 2020, as well as four additional tracks including two originals co-written by Mitchell- “Don’t Hang The Mistletoe” and “I Hope It Snows.” Buy the album here. 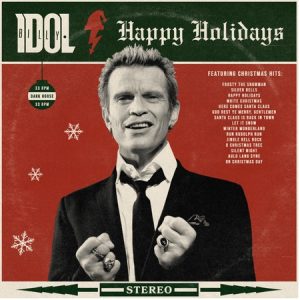 Billy Idol’s remixed and remastered Christmas album “Happy Holidays” is out now for the first time on vinyl and streaming platforms via Dark Horse Records. The new edition of Happy Holidays is packaged with new artwork and available for purchase on black vinyl, CD, digital and on limited edition white vinyl.
Originally released in 2006, the album features Idol performing a wide variety of Christmas classics as well as the new original bonus track “On Christmas Day” with longtime Idol collaborator Steve Stevens on guitar. Produced by Idol and Brian Tichy, the new release of Happy Holidays has is remixed and remastered by Paul Hicks, known for his work remixing classic records from The Beatles, George Harrison, John Lennon and The Rolling Stones. You won’t find “White Wedding” on this album but you will find “White Christmas” and many other classics as only this legendary rocker can deliver. Buy the album here. 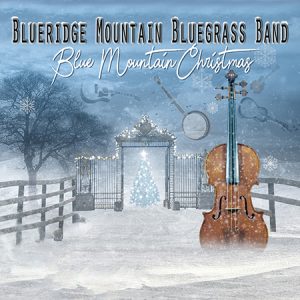 And for all of you Bluegrass fans out there Blueridge Mountain Bluegrass Band has released “Blue Mountain Christmas.” The album was produced in Nashville by Dr. James Satterwhite, who also played guitar, bass, and mandolin on the album. “Recording this album has been a dream come true. I dearly love Christmas music, and I got to play the iconic mandolin solo on “Christmas Time’s A Comin’” taught to me by the legend himself, Bill Monroe. When I taught bluegrass at Hunters Lane High School in Nashville, Bill Monroe was on the steering committee and made sure that I taught mandolin the way he played it. After all, he is the father of bluegrass,” shared producer Dr. James Satterwhite.” I got together with all my bluegrass buddies, Casey Driscoll, fresh off the road with John Jorgenson, Johnny Bellar, reigning national dobro champ, Mark Barnette, who led the Bluegrass band at Opryland and now teaches bluegrass at Volunteer State College and John Frost, lead singer for The Four Guys, featured vocal group on the Grand Ole Opry for 20 years along with Alexius Frost, a sought after vocalist. The album has 14 classic Christmas songs delivered with a rich Bluegrass sound. Buy the album here.

Up and comer Cody Johnson is set to release his first holiday album, “A Cody Johnson Christmas,” on November 19. The ten-song project, which includes many of Johnson’s holiday favorites, also features two new original songs penned by producer Trent Willmon.  Johnson and Willmon also created newly imagined arrangements for the beloved Christmas carols “Away In A Manger” and “Silent Night.”
“It feels great to finally share all the details about my first Christmas album,” said Cody. “Every song on this record holds a special memory for my family. I hope my fans can make their own memories listening this holiday season.” Buy the album here.

Music editor for Nashville.com. Jerry Holthouse is a content writer, songwriter and a graphic designer. He owns and runs Holthouse Creative, a full service creative agency. He is an avid outdoorsman and a lover of everything music. You can contact him at JerryHolthouse@Nashville.com
Previous Elvie Shane Strikes Gold
Next Belmont Names Ballroom To Honor Alumnus Brad Paisley And Kimberly Paisley