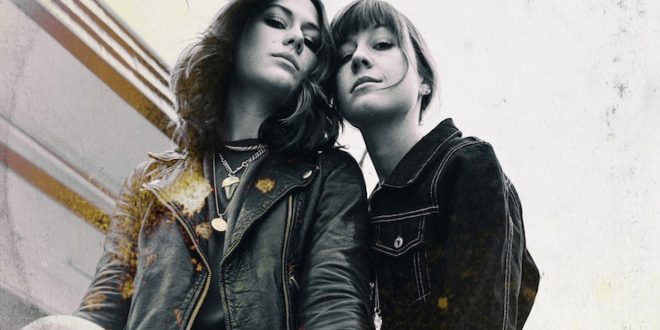 Larkin Poe is an American roots rock band originally from north Georgia and now living in Nashville. Fronted by sisters Rebecca Lovell and Megan Lovell who happen to be direct descendants of tortured artist and creative genius Edgar Allan Poe. The band has been referred to as “the little sisters of the Allman Brothers” with their slide guitar and Southern rock edge. Both sisters have also toured as backing musicians for a variety of other bands, most notably Elvis Costello, Conor Oberst of Bright Eyes, Kristian Bush of Sugarland, and Keith Urban.

Self Made Man which follows 2018’s chart-topping, GRAMMY Award-nominated fourth studio album, Venom & Faith – was self-produced by Larkin Poe, like its predecessor, with “our good buddy and engineer” Roger Alan Nichols at his Nashville studio, Bell Tone Recording. From the thunderous power of the album-opening “She’s A Self Made Man,” through the nostalgic “Tears of Blue to Gold” and fierce Chicago blues of “Scorpion,” to the front porch jubilation of “Easy Street,” the album is ambitious in both its eclectic, energetic sound and its resolutely welcoming mission, its universal lyrical approach fueled by tradition, invention, and Larkin Poe’s remarkable ability to touch the hearts and souls of their fellow humans worldwide.

“Connection is everything,” says Rebecca, “music is the thing that allows us all to express our creativity and our humanity.”

“This is, in a lot of ways, is the first lyrically uplifting record we’ve made,” Megan Lowell says. “People can go through terrible things. People can weather immeasurable sorrow and hard times, and yet we can still come out on the other side, pull ourselves together, and thrive. This record reflects some of the joy and positivity that we ourselves feel and appreciate.”

Music editor for Nashville.com. Jerry Holthouse is a content writer, songwriter and a graphic designer. He owns and runs Holthouse Creative, a full service creative agency. He is an avid outdoorsman and a lover of everything music. You can contact him at JerryHolthouse@Nashville.com
Previous Mae Estes – Nashville.com Picks
Next Indigo Girls Release “Country Radio” – Close To Home Yet Far