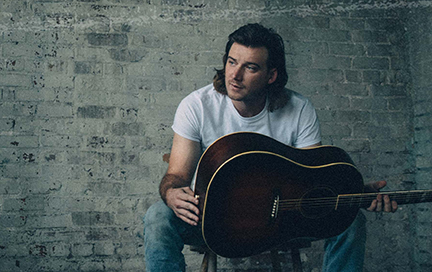 Morgan Wallen is making history with his sophomore effort, Dangerous: The Double Album, after launching this past Friday.

At Apple Music, Wallen broke through with unprecedented force. In just two days, Dangerous has set the record for the biggest first day and biggest first week Country album of all-time on the platform. After becoming the most pre-added Country album in Apple Music history, the double take currently sits at #1 on their Overall Albums charts in the US, Canada and Australia, while simultaneously staking its claim as the #1 Top Country Album in 62 countries worldwide.

Last night Wallen tool the stage for his first-ever headline show at Nashville’s historic Ryman Auditorium for Live At The Ryman – a full band, livestream concert. Wallen played selections from the all-new double album, inviting fans worldwide to celebrate Dangerous on his Facebook and YouTube pages.

Music editor for Nashville.com. Jerry Holthouse is a content writer, songwriter and a graphic designer. He owns and runs Holthouse Creative, a full service creative agency. He is an avid outdoorsman and a lover of everything music. You can contact him at JerryHolthouse@Nashville.com
Previous LISTEN: Maren Morris And JP Saxe Debut “Line By Line”
Next Billy Strings Announces “The Déjà Vu Experiment”