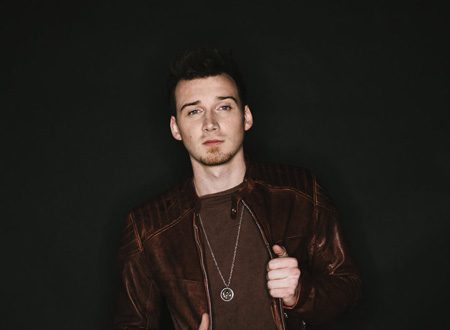 Taking the historic, world-famous stage for the first time, Wallen will join the ranks of legendary Opry performers like Hank Williams, Johnny Cash, and Garth Brooks, as he introduces fans from around the globe to his down-home meets new-school Country style.

Wallen’s drawling, take-me-as-I-come debut single “The Way I Talk” has already struck a chord with fans at Country radio, rising into the Top 35 of the airplay charts.

“So many legends, heroes, and pioneers of Country music have paved the way for guys like me to make my debut,” shares Wallen. “To even be recognized in the same sentence as artists from Hank Williams to Roy Acuff and Alan Jackson to Garth Brooks – plus so many more, is a huge honor for me. I never would have imagined this in my wildest dreams growing up. Hopefully this is my first of many trips to the Opry stage!”

Written by Jessi Alexander, Ben Hayslip, and Chase McGill, “The Way I Talk” is the first tease and title track of Wallen’s blistering debut EP (produced by Florida Georgia Line studio ace Joey Moi), and has already been streamed over 10 million times on Spotify alone.

Showing off the Knoxville native’s dynamic vocals and a sound straight out of the modern South, the song’s free-and-easy video premiered on CMT, as Wallen was named one of Rolling Stone’s “10 New Artists You Need to Know” and Taste of Country’s 2017 Risers. He has since passed another career milestone, earning a writer’s credit on the rocking new single from A Thousand Horses, “Preachin’ To the Choir.”

Wallen is currently making an impact on the road, opening up shows to massive crowds on select dates of FGL’s genre-busting THE SMOOTH TOUR 2017 alongside Hip-Hop icon Nelly and breakthrough Country star (and labelmate) Chris Lane. His jam-packed concert schedule continues through late October.

Born in Sneedville, Tenn. (also home to bluegrass legend Jimmy Martin), Wallen was a star on the baseball diamond, attended the same high school as Country superstar Kenny Chesney, and has deep roots in the church. With a Hard Rock-loving preacher for a father and a mother who couldn’t get enough Country and contemporary Christian music, Wallen began performing for his local congregation at the tender age of 3 and went on to develop a strong love of Country, Rock and Hip-Hop. After moving to Music City in 2015, he’s co-written with hitmakers like Craig Wiseman, Rodney Clawson, Chris Tompkins, the Warren Brothers, Tommy Cecil and Matt Dragstrem, and has been honing his studio poise with award-winning producer Joey Moi. Wallen’s five-song EP THE WAY I TALK hit iTunes and Spotify on July 29, 2016, and his Southern-roots anthem “The Way I Talk” was instantly included on Spotify’s popular Wild Country, New Boots and New Music Friday playlists.