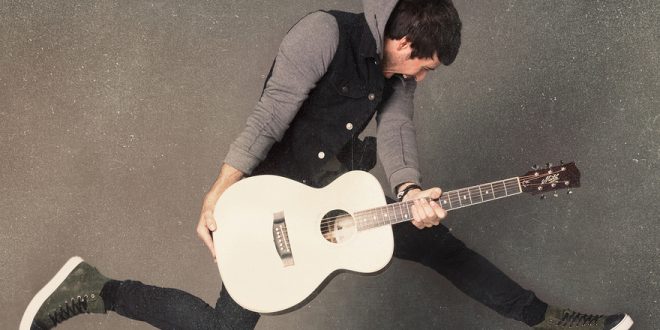 Rising star Morgan Evans made a stop at Tootsie’s on Nashville’s historic Broadway last night to reveal the surprise release of his self-titled EP, available today. In the spirit of the EP’s brand new, live-in-the-moment track, “Young Again,” Evans treated fans to an impromptu round of shots to celebrate the moment. Bringing it full circle, Tootsie’s was the Australia native’s first stop when he visited Nashville for the first time 10 years ago – dropping his bags and arriving on Broadway less than two hours after his plane landed.

“More and more when I experience big life and career moments, they remind me of all the little ones that happened before and made them possible,” Evans told The Tennessean. “I remember that moment as one of the defining ones, thinking, ‘This is the greatest city on Earth.’”

“Young Again” has quickly become a fan-favorite at Evans’ live show where he commands the stage solo with his signature loop pedal. A fun party anthem that throws caution to the wind, the song couples carefree sing-along lyrics with a driving beat.

Produced by Chris DeStefano, the EP is a glimpse at Evans’ Warner Music Nashville / Warner Bros. Records full-length debut album, due out this fall. The singer/songwriter co-penned each track on the EP and the forthcoming album.
Here is the official track list for MORGAN EVANS EP:

Evans has brought the heat all summer long with his headline 10 IN 10 TOUR, primetime performance on ABC’s The Bachelorette and high-profile festival appearances including CMA Fest, Country LakeShake, Watershed and more. Next up he will take the stage for the 12th annual ACM Honors at Nashville’s historic Ryman Auditorium (8/22) and then return home to Australia for a string of SOLD-OUT headline shows. This fall, he’ll hit the road again with Chris Young in September as a special guest on the LOSING SLEEP 2018 WORLD TOUR.

Music editor for Nashville.com. Jerry Holthouse is a content writer, songwriter and a graphic designer. He owns and runs Holthouse Creative, a full service creative agency. He is an avid outdoorsman and a lover of everything music. You can contact him at JerryHolthouse@Nashville.com
Previous Brett Young Sells Out His First Ryman Show
Next Chase Rice Returns With “Eyes On You”