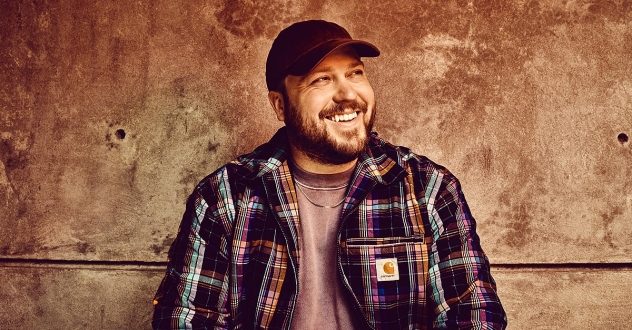 Mitchell Tenpenny 'This is the Heavy' tour

Mitchell Tenpenny makes chart history today with his #1 single “Truth About You.” The gold-selling song’s top of the chart success is the shortest span between #1 songs in the modern chart era with just three weeks since his last chart topper. On August 22, Tenpenny’s co-penned collaboration with labelmate Chris Young, “At The End Of A Bar,” reached #1.

“It takes a huge team and support to bring a song to #1,” said Tenpenny. “I’m so thankful to everyone, including the fans, who believed this song was special and helped bring it to the top of the charts. And to have this #1 just three weeks after being part of my last one is unbelievable. Thank you country radio. You’ll never know how much this means to me. I’m just overwhelmed with thankfulness.”

In August 2021, Mitchell previewed “Truth About You” for fans on Tik Tok. Their reaction to the song instantly created the largest streaming debut of his career with 2.5 million streams in the first three days and doubling that number within a week. As a result of this tremendous reaction, the song was sent to country radio that same month.

This Friday, September 16 Mitchell will release a new full studio album This Is The Heavy. He co-wrote every song on the 20-track album and co-produced the project with Jordan M. Schmidt.

In January 2023, Mitchell will headline “This Is The Heavy Tour” in promotion of his new release. The tour will kick off in Salt Lake City, Utah on January 26 at The Union Event Center. Warner Music Nashville’s Tyler Braden will open. The tour also includes back-to-back concerts at the Ryman Auditorium in Nashville on February 3 & 4. BUY TICKEYS HERE. Mitchell, a Nashville native, sold-out his first-ever headline concert there in the fall of 2021 and deemed it as ‘a childhood dream come true.”

Music editor for Nashville.com. Jerry Holthouse is a content writer, songwriter and a graphic designer. He owns and runs Holthouse Creative, a full service creative agency. He is an avid outdoorsman and a lover of everything music. You can contact him at JerryHolthouse@Nashville.com
Previous Blake Shelton Returns To The Grand Ole Opry
Next Kimberly Williams-Paisley To Host Alzheimer’s Benefit