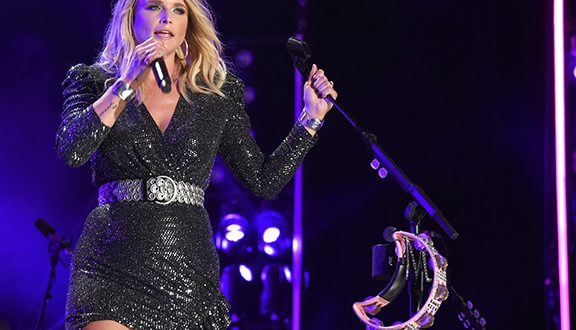 After thrilling fans with the opening weekend of her currently underway Roadside Bars & Pink Guitars Tour, which continues throughout the fall, CMA Female Vocalist of the Year nominee and seven-time winner in the category announces plans to continue touring into 2020 with tickets on sale starting Friday, Sept. 27 at 10 a.m. local time.

The Wildcard Tour, named for Lambert’s November 1 seventh-studio album designated one of the “most anticipated albums of Fall 2019” by Billboard, features 27 dates across several major markets throughout the U.S. and Canada, including a January 24 stop at Nashville’s own Bridgestone Arena.

“The essence of a wildcard is always having something up your sleeve, in whatever capacity that means to you,” shares Lambert. “It is universal. Which is why I’m excited to kick off this tour with an incredible group of talented artists. We’re going to have a blast!”

Additionally, the tour will feature the return of Lambert’s MuttNation Foundation campaign, Fill the Little Red Wagon presented by Tractor Supply Company. Fans are encouraged to help shelter pets in each tour city by donating dog food, treats, supplies and cash at each venue’s entrance prior to the show. Dog-loving supporters who complete a sign-up form at the donation point will also be entered to win a meet & greet with the Country icon for themselves and a guest.

Music editor for Nashville.com. Jerry Holthouse is a content writer, songwriter and a graphic designer. He owns and runs Holthouse Creative, a full service creative agency. He is an avid outdoorsman and a lover of everything music. You can contact him at JerryHolthouse@Nashville.com
Previous Big Week For CJ Solar
Next Watch: Chris Young Directs His Latest Video “Drowning”